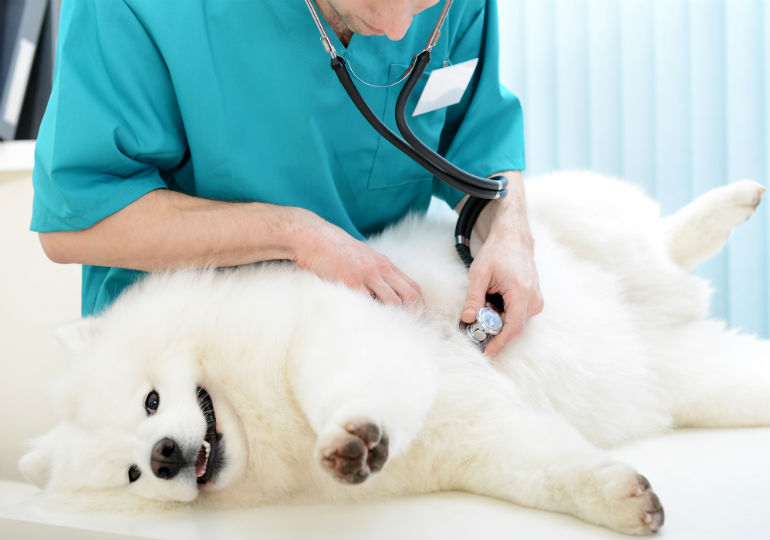 Canine brucellosis is a reproductive disease caused by the bacterium Brucella canis (B. canis), which can cause infertility, abortion, and severe spinal infections in dogs.

The B. canis bacteria can be transmitted several ways: during a heat cycle, at breeding, through contaminated hands or clothing, and from the bitch to the puppies during whelping and nursing. There are often no clinical signs following infection, and there are currently no cures or effective treatments. The clinical signs that may appear, such as weight loss, lethargy, and swollen lymph nodes, are often like those of other diseases, which may delay and complicate diagnosis. Male dogs may also experience swelling of the prostate, testicles, and epididymis (the tube that carries sperm).

Brucella infections constitute a serious problem for dog breeders, pet owners, and kennels. Though well understood in the context of canine breeding operations, this disease is an under-recognized health issue in the canine rescue and shelter populations and may be a source of infection to these dog populations. Canine brucellosis is a zoonotic disease, meaning that humans exposed to B. canis can contract the disease, and therefore it presents a public health issue, as well.

The AKC Canine Health Foundation (CHF) is currently funding three canine brucellosis grants. These research projects are focused on improving diagnostics, developing a vaccine to prevent B. canis infection, and studying the epidemiology of the organism:

Brucellosis testing is often made difficult by the fact that the most commonly used brucellosis test, the rapid slide agglutination test (RSAT), also gives false positive results when the dog has recently been infected with a different bacterium, Bordetella bronchiseptica, which is one of the common causes of kennel cough. Vaccinating a dog for Bordetella (kennel cough) is likely to cause false positive results on the RSAT. This study will evaluate whether false positive RSAT results are obtained after vaccinating the dog with an intranasal, commercially available Bordetella vaccine.

The goal of this research is to develop a safe and effective Brucella canis vaccine, using a genetic mutant that has been shown to be safe and effective for controlling infection against other Brucella species. The development of such a vaccine for dogs will significantly impact canine and human health by limiting the spread of B. canis.

The investigators will measure how commonly rescue and shelter dogs entering Minnesota are exposed to B. canis, as a first step to understanding the prevalence of this important reproductive disease. The results will be used to determine the prevalence and raise awareness of this disease in rescue and shelter dog populations, help identify risk factors for canine brucellosis, and develop a diagnostic test for canine brucellosis at the Minnesota Veterinary Diagnostic Laboratory. An important outcome of this study will be to create prevention and control measures applicable to this population of dogs.