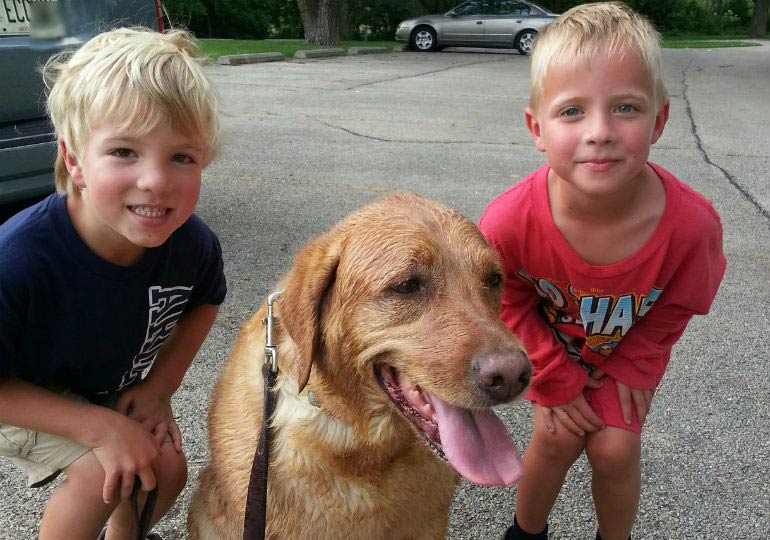 Cathy and Caden Medernach were walking their dog Baily behind their house on Sunday when Baily chased after some ducks on the lake. Baily fell through the ice, reports WGN, and Cathy pushed out the family canoe, heading into the lake to save their 11-year-old Labrador Retriever.

Unluckily for Cathy, when she tried to paddle the canoe, she hit ice, and tipped over. With both mom and dog in the lake, Caden rushed inside to call for help.

After first calling his father, Caden was able to call 911 and police and emergency workers were dispatched to the Medernach home. Cathy was able to get herself back in the canoe and when police arrived, they rescued Baily and made sure everyone was OK.

Cathy told WGN she's proud of her son for acting so calm in such a chaotic situation.

Hear from Cathy and Caden Medernach in the video below.