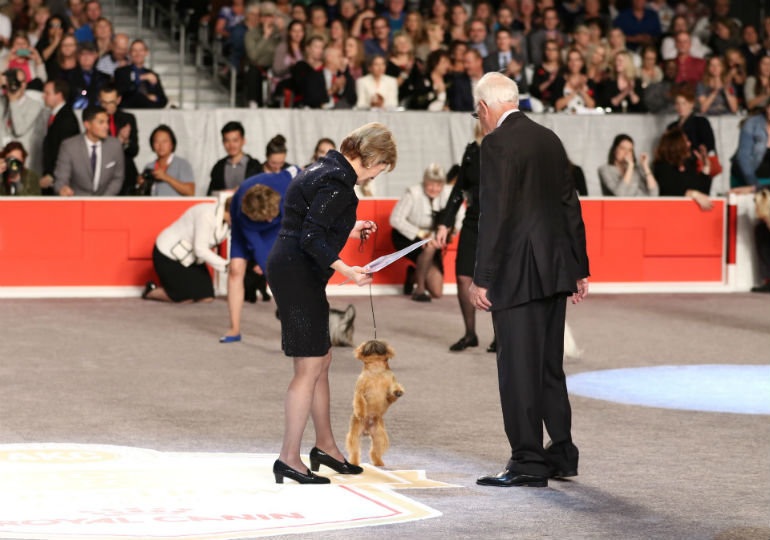 It's been an exciting weekend so far at the AKC National Championship. The competition is only heating up as the big prize, Best in Show, will be decided Sunday Dec. 18. Check out the results from Saturday's group winners, who will compete tonight for the coveted title.

After winning Best of Breed competitions the following top dogs went on to win in their respective groups and will compete tonight for Best in Show:

The Working, Terrier, and Herding groups will be judged tonight, Sunday Dec. 18. and join the above winners in the show ring for the ultimate prize—Best in Show. Tune into the livestream, starting at 6pm tonight, at AKC.org.

Are you looking for a fun new activity for you and your dog? Agility may just be the perfect option. In the “Agility for Beginners” e-book you will learn everything you need to know to get started.
*Turn off pop-up blocker to download
AKC Privacy Policy
Founded in 1884, the not-for-profit AKC is the recognized and trusted expert in breed, health, and training information for dogs. AKC actively advocates for responsible dog ownership and is dedicated to advancing dog sports.