On Dec. 16 in Orlando, "Whiskey" became the first Whippet to win Best in Show at the AKC National Championship. 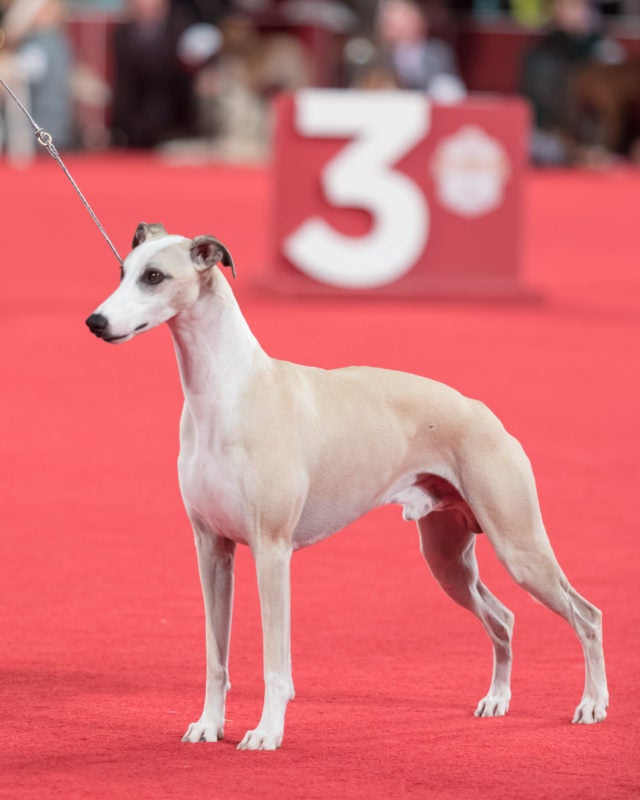 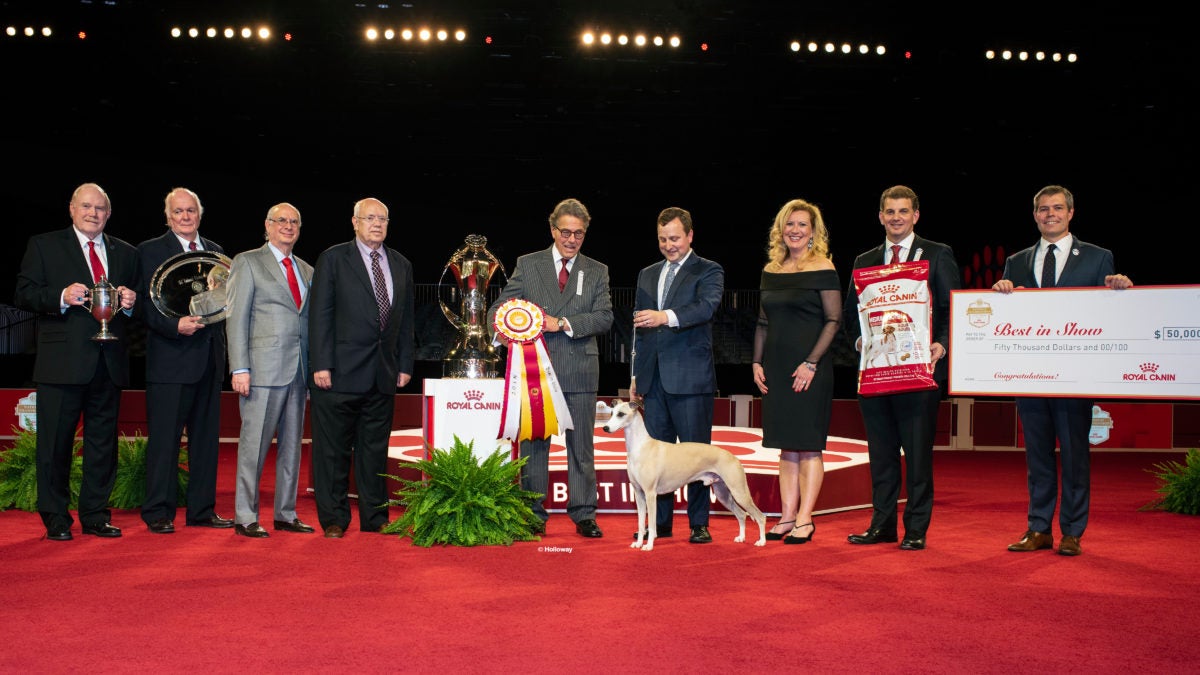 /
On Dec. 16 in Orlando, "Whiskey" became the first Whippet to win Best in Show at the AKC National Championship.

Whiskey is typically an acquired taste. But at the largest-ever AKC National Championship presented by Royal Canin on December 15 and 16, judges and spectators alike toasted a 3-year-old Whippet by that name who went all the way to Best in Show under judge Elliott B. Weiss.

Platinum Grand Champion Pinnacle Tennessee Whiskey, as he is formally known, is the first Whippet to win the flagship AKC event, beating contenders from 49 states and 21 countries in the biggest show ever won by a Whippet in AKC history. Whiskey also topped the Best Bred-By-Exhibitor competition – only the second time that’s happened in the show’s history – shown by his breeder-owner-handler, Justin Smithey of Sugar Valley, Georgia.

“It’s the pinnacle of anyone’s career in dogs to be recognized by such knowledgeable dog people from all different breeds and backgrounds,” Smithey says. “And it means even more when you’re showing a dog who was born next to your bed.”

Whiskey – who is co-owned by veterinarian Dr. Ken Latimer and Cheslie Smithey and co-bred by Yvonne Sovereign – has been on a roll, winning the prestigious Philadelphia Kennel Club Show this November and ending 2018 as the nation’s top hound. And within his own breed, he’s also defied the odds: In a sport where male dogs usually dominate, top-ranked Whippets in recent years have almost always been females. (More proof of that girl power in the Whippet world: The winner of the popular AKC Royal Canin National All-Breed Puppy and Junior Stakes was Aperture I Think I’m Going To Like It Here, a female Whippet known as “Lizzie,” selected after some deliberation by AKC CEO Dennis Sprung, and long-time judges Edd Bivin and Elliott Weiss.)

Who Were the Other Contenders?

Back in the main ring, Reserve Best in Show was awarded to Silver Grand Champion Sammantic Querida, a German-bred Samoyed who nonetheless goes by the Spanish nickname “Querida”; she is owned and bred by Barbara Bruns and Wolfgang Stamp.

Beyond Best in Show

While the Whiskey-laced Best in Show was the highlight of this year’s AKC gathering, its other conformation competitions drew plenty of attention, too. In Junior Showmanship, for handlers from nine to 18 years old, Mary Claire Ctibor with her Irish Setter Silver Grand Champion Beaubriar’s Best Kept Secret earned not just the Best Junior Handler ribbon, but also a $2,000 scholarship. Best in Miscellaneous Group, in which the AKC’s on-the-cusp-of-recognition breeds compete, went to Starfire’s B’ Anya, who is an Azawakh, a gothic Sighthound breed with mega-elongated proportions: Think of a suitcase set on its short side.

Some of the competitions at the AKC National Championship celebrate team efforts. At AKC Meet the Breeds®, breed clubs set up decorated booths in which members of the public met and interacted with their dogs. This year, the Keeshonds took Best Booth in Show with a windmill- and tulip-dotted backdrop that celebrated their barge dog’s Dutch roots.

The much-coveted AKC Breeder of the Year award was presented to Kent Boyles and Liz Oster of Kenlyn/Marquis German Shepherd Dogs. Like Smithey with Whiskey, Boyles is a breeder-owner-handler who went Best in Show in Orlando in 2015 with a female Shepherd named “Rumor.”

Speaking of performance events, the National Championship also hosted the AKC Obedience Classic and the AKC Agility Invitational, bringing the show’s total entries to a whopping 9,023.

A perennial crowd pleaser at the AKC National Championship is the dock-diving competition – who doesn’t love to watch dogs sail through the air and land with a joyous belly flop? North America Diving Dogs drew a record entry of more than 690 for its NADD/AKC National Championship, and here, as in the big ring, a Whippet made his mark: “Sounders” not only won the Open Class Elite Division, but his jump of 33 feet and six inches unofficially broke the world record for dock diving, with video of the jump sent into Guinness headquarters for official recognition.

As in conformation, the American Kennel Club offers special recognition to young people who compete with their dogs in obedience, agility and AKC Rally®, which is a more relaxed version of obedience.

Based on highest combined scores from two rounds of obedience with two Rally classes, plus bonus points, the winners were Burlynne Mejeris and “Cooler” the Australian Shepherd (Soundtrack’s Cooler Nights) in Beginner Novice plus Rally; Cassandra Didelot and “Ruby” the Labrador Retriever (Ruby Red Didelot BN RN) in Preferred Novice plus Rally; and Abigail Stark and “Fuji” the Shetland Sheepdog (Drumlin’s Fuji Made for Pictures CDX BN GN RE) in Preferred Open plus Rally. (The latter also won the Top Combined Obedience & Rally Junior Award.)

What’s Next for Whiskey?

As for fellow Whippet, Whiskey, Smithey says he will take a break from full-time showing in 2019, coming out only for specialties and marquee shows such as Westminster, where last year he placed fourth in the Hound Group. Chances are his biggest competition at the Garden this time around will be his sister, who won the American Whippet Club show in 2018, as he did the year before, making them the only Whippet littermates in AKC history to both win a national specialty.

And that sister’s name?

Dramatic pause, accompanied by the gentle clink of ice cubes.

You can watch Whiskey’s big win, and the competition leading up to it on AKC.TV.