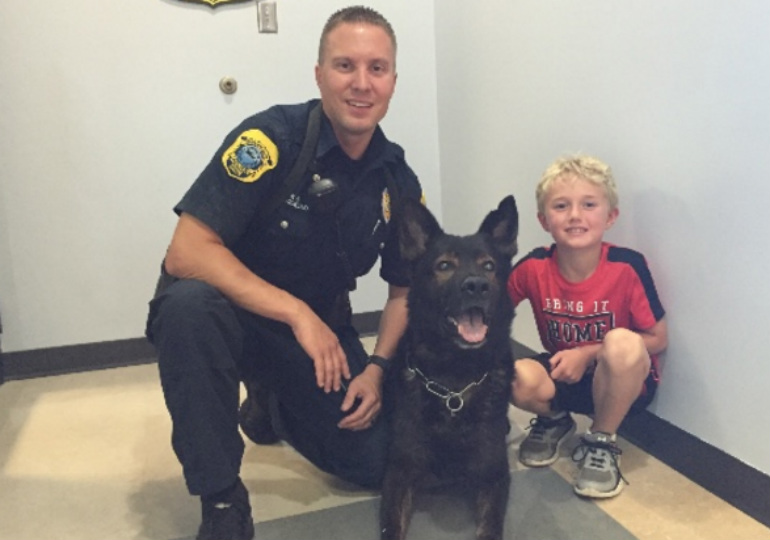 7-year-old Ethan Engum is on a mission, and it isn't a typical one for a first grader. Ethan has been working diligently to raise money for the Green Bay, WI Police Department to help them purchase and train a new K-9 officer.

Ethan (who has a German Shepherd and two Chihuahuas at home) became interested in police dogs about a year ago, his mom, Becky, told Parents.com. He had a meet-and-greet with a K-9 handler who told him about the passing of Green Bay K-9 “Cops” and from then on, Ethan was determined to make a difference.

He started a GoFundMe campaign, called “Ethan's Cause For Paws,” with an original goal of $500. This goal was reached in the first day and now Ethan's fundraising efforts total over $6,000. His family has even raised their current goal to $12,000.

“I am touched and grateful for their support for our Canine Unit, the department, and our community. Ethan is a role model for all of us,” Cops' former handler, Officer Fred Laitinen said.

When the family reaches their goal, Ethan may even have the opportunity to name the new K-9, Parents reported.

According to Becky Engum, Ethan is still deciding on what the K-9's name might be.

“He hasn't settled on one yet. He wants it to be a name with a strong meaning,” she said.

See Ethan talk about his love for dogs and support for police K-9s in the video below.