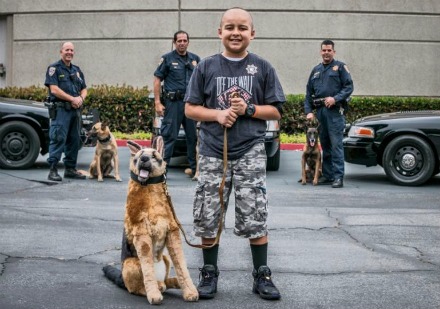 The Southern Division of the CHP heard that Alfonso wants to be a K-9 officer when he grows up and they then decided to make him an honorary part of their unit.

Alfonso and his “K-9” took pictures with the CHP unit and received an official plaque.

The Southern Division of the CHP uses their K-9 unit for highway drug interdiction, bomb detection, criminal apprehension, and assistance to allied agencies.

See an officer and his graduating K-9 in the video below:

Four K-9s were awarded AKC's Paw of Courage this week. Read about their hard work and service here.