Why Does My Westie Do That? 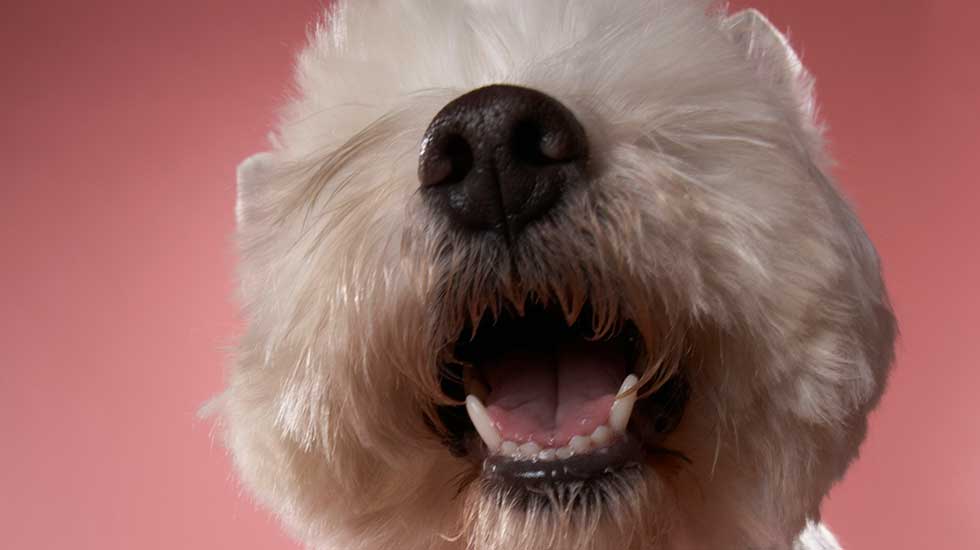 The digging, the barking, the chasing: Welcome to Westie world. Don’t panic. There’s no need to sign him up for couch time with an expensive Park Avenue shrink. All you have to do is take a moment to consider what has been genetically hardwired into the spunky little critter. Once you know what drives your dog, you can better understand and correct problem behaviors.

The West Highland White Terrier belongs to a canine clan called “earthdogs.” Other members of this feisty family are Cairn, Scottish, and Norfolk terriers, among several others. Farmers and country squires of the British Isles bred these dogs to be exterminators. Their job was to burrow into the ground and dispatch rats, moles, and other subterranean pests that carry disease, eat grain stores, and generally make a nuisance of themselves.

Here’s a Westie doing what he was originally bred to do a long time ago on the craggy Scottish Highlands:

Well, that explains why your Westie loves to dig in the petunia patch. He’s simply obeying an age-old instinct.

Similarly, when you remember that the breed once earned its keep by preying on rodents, your Westie’s obsession with his fellow fur-bearing mammals becomes easier to fathom.

True, the Westie in that video keeps falling for the old cat-inside-the-hedge trick but, bless his little heart, he’s game! Gameness—that diehard, never-quit attitude—is an essential aspect of terrierdom. It might take hours for a terrier to worry a rodent out of its den, so they were bred to stick with it till the job is done.

Another distinctive terrier trait is barking. This can be explained by considering his job description. Burrowing underground and working the warrens and tunnels of their prey, terriers can’t be seen by their above-ground human partner. They were bred to bark to mark their location while working. So, when your Westie is stimulated he barks.

The terrier’s traditional working conditions can also explain your Westie’s independent, devil-may-care attitude. Rodent hunting is a solitary pursuit. There’s no room down a rat hole for a human handler. So, a terrier is expected to size up a job on his own and solve problems independently. Of course, there are some cases even the brightest Westie can’t crack:

To sum up: When your Westie, or other small terrier or terrier mix, indulges in the above behaviors, he isn’t trying to drive you mad. He’s simply doing what his DNA is telling him to do.

The good news is, these behaviors can be managed. Training is key. You can begin with the free e-book offered below, and you can explore the wealth of training pages on our site.

Visiting the website of your breed’s AKC parent club, in this case the West Highland White Terrier Club of America, will yield lots of practical information from fanciers who have spent a lifetime in the breed. Taking classes with a trainer, especially one experienced in terrier-specific behaviors, will repay the investment many times over.

Thousands of terrier owners nationwide have found a fun outlet for their dog’s instincts in the AKC sport called “earthdog.”  And check out a complete rundown of the AKC Terrier Group, try this.

Do you want a well behaved dog but don't know where to begin? The Basic five commands e-book is a great place to start and will give your dog a strong foundation for future training.