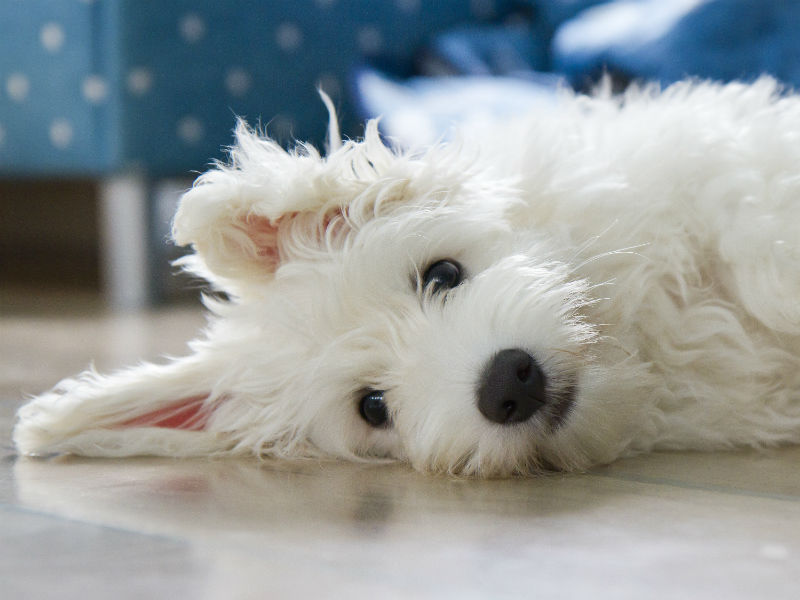 Once you've learned how to pronounce it: “co-TAWN-day too-LEE-are,” you'll be able to adequately sing the praises of this adorable dog. But let's stay with the French for a minute, because “joie de vivre” is the best definition of the Coton de Tulear.

This lovable, happy dog originated on the island of Madagascar, perhaps from dogs who survived a shipwreck off the coast in the 16th century. By the 17th century, the tribal monarchy closely controlled the dog breed, and it was the favorite of kings and nobles. This “Royal Dog of Madagascar” became popular for its extraordinary connection to humans. The Coton is the ultimate companion dog, and lovers of the breed attribute almost human qualities when describing their dogs.

The breed's name comes from the French word for cotton, “coton,”and “Tulear,” a city in Madagascar. The profuse coat is as soft and white as cotton. With his lively dark eyes and expressive face he has won fans all over the world. As a bonus, the Coton de Tulear is considered hypoallergenic, so he's a good choice for allergy sufferers.

This adorable ball of fluff is no fragile toy. The Coton is sturdy and versatile. Despite his small size, he's a lively, playful companion and is always ready for playtime or a good romp.

Cotons de Tulear are remarkably agile and trainable. They excel at dog sports such as agility and are eager to learn new tricks.

The Coton de Tulear is one of the most recent breeds to join the American Kennel Club family, registering with the AKC in 2014.

Fans of the breed will tell you that the Coton is unusually responsive to humans. They describe him as possessing “remarkable gentle, sympathetic awareness” and as being “witty companions.” When you talk to a Coton, he really does seem to be listening.

The Coton de Tulear is known for his unique vocalizing. So when you talk to him, he may actually answer back.

There is no such thing as too much love with a Coton. First and foremost he's a companion dog, thriving on human attention and affection.

You couldn't ask for a more charming, delightful canine friend.