6 Things You Didn’t Know About the Japanese Chin 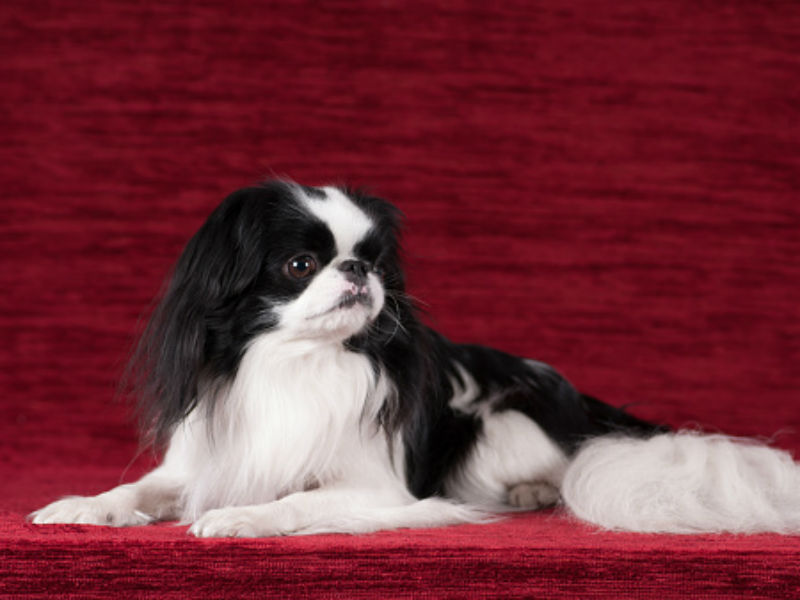 It is often said that you cannot own a Japanese Chin, because he owns you. These charming little dogs are the masters of the house. Here are some interesting facts about this regal breed:

1. They Are Actually From China

2. They Were the Dogs of Royalty

Japanese Chin were bred to be companion dogs, first for Chinese royalty and then for Japanese royalty when they came to Japan. Today, Chins maintain their regal attitude, expecting always to be the rulers of their household.

3. They Were Bred to Be as Small as Possible

The Japanese Chin was bred to be small enough to be carried in the sleeves of women's kimonos. Apparently, some of them were even kept in cages, like birds. There is a theory that the dogs were fed sake in order to stunt their growth.

4. Matthew Perry Brought the First Chins to the U.S.

American Commodore Matthew Perry traveled to Japan in the 1850s to convince the Japanese to open trade after two centuries of strict isolationism. Perry returned from his successful expedition with a pair of Japanese Chin (he was given three pairs, but two did not survive the voyage). Although they were never bred, these two dogs were the first Japanese Chin to be brought to the United States. They lived a happy life with Perry's daughter.

Queen Alexandra was the wife of King Edward VII, son of Queen Victoria. The British royal family gave Alexandra a Japanese Chin shortly after she married Edward in 1863. Alexandra continued to collect Japanese Chin as they were imported from Japan and China. She was regularly photographed or painted with her dogs. The queen played a major role in the breed's increasing popularity in England, as well as in Europe.

6. They Love to Spin

Japanese Chins have an adorable habit, sometimes called “the Chin spin.” They spin around in circles, often on two legs, when they are excited.