7 Things You Didn’t Know About the Chinese Crested 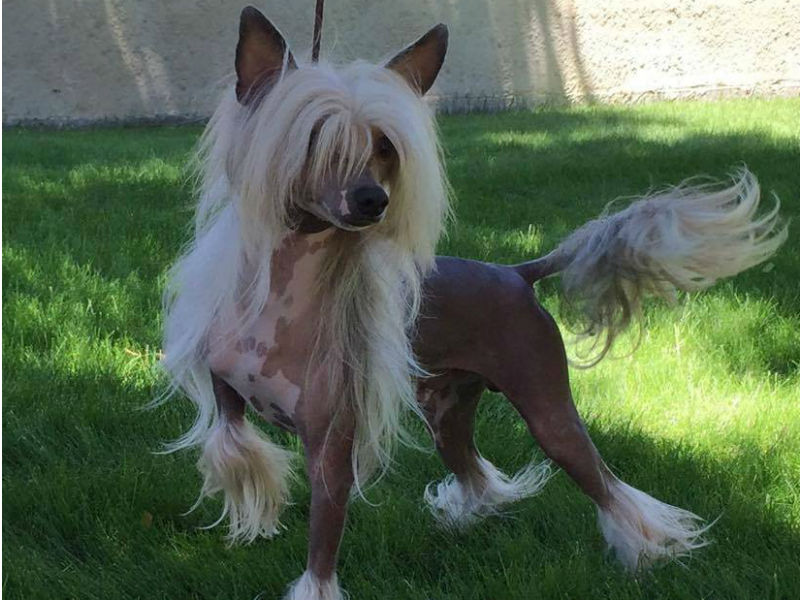 With his unconventional look, the Chinese Crested turns heads and hearts. Here are some interesting facts you may not have known about this unique breed:

1. They Probably Evolved From African Dogs

2. They Used to Hunt Rats on Ships

The Chinese Crested used to serve as a ratting dog on Chinese ships. This was a particularly useful skill in the time of the plague, since rats carried the disease.

3. A Burlesque Performer Brought Fame to the Breed

Gypsy Rose Lee was an American burlesque performer who served as the inspiration for the Broadway musical “Gypsy.” In addition to being a captivating and controversial performer during the Great Depression, Lee was also a Chinese Crested breeder. Her breeding program was hugely influential. Today, Chinese Crested breeders all around the world can trace their dogs back to Mama Rose's dogs.

Chinese Cresteds are often described as “cat-like;” they enjoy sitting in high places, like on the arm of a chair or on the back of a couch.

5. They're Great at Agility

The Chinese Crested does not need a lot of exercise and given his small size, you wouldn't expect him to be an agility champion. But these dogs actually excel at agility competitions. Their bodies are well-suited for running and jumping, they are intelligent, and they are eager to please their trainers.

6. Some of Them Have Long, Flowing Coats

There are actually two varieties of Chinese Cresteds—hairless and powderpuff. The hairless version, with hair only on the head and legs, is the most common. The powderpuff version has a long, silky coat that covers his entire body. Powderpuffs are not as common, because the gene for the coat is recessive. The powderpuff has such a different look that it might be mistaken for a different breed.

7. They've Been in Movies

The Crested's small size makes it a great dog to carry around. In “How To Lose A Guy In 10 Days,” Kate Hudson carries a Chinese Crested in her bag. The Olsen twins also had a Crested co-star in “New York Minute.”