Is the American Foxhound Right for You? Special Traits of a Venerable Breed 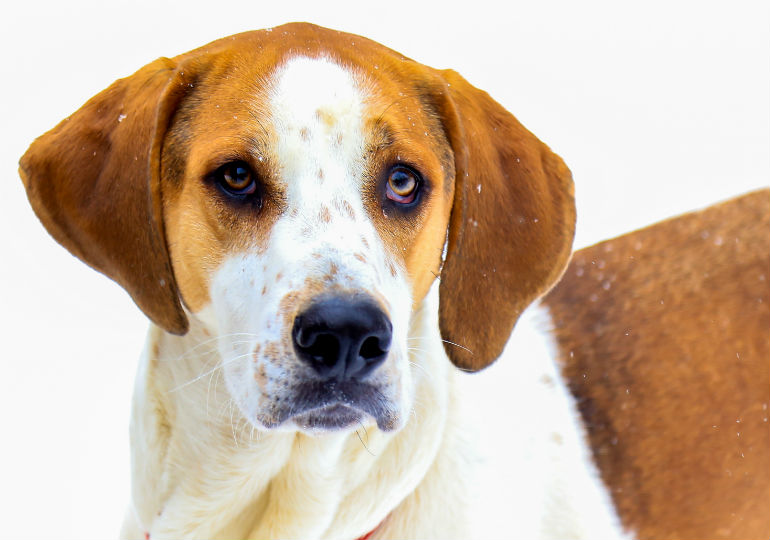 The breed was developed from a line of dogs brought to the American colonies from England by Robert Brooke in 1650. Descendants of those hounds were bred with other European hounds to develop a dog that was taller, lighter, and faster to suit the terrain of this new country. The American Foxhound is one of the oldest, and may even be the first, dog breed developed in the United States. George Washington was known as a breeder and kept a pack of American Foxhounds at Mount Vernon. He strived to improve the dogs by breeding them with French Foxhounds that were a gift from the Marquis de Lafayette. Our founding father was creative with the names he gave to these “perfect foxhounds,” including Tipsy, Tipler, and Drunkard!

This isn't to say that the American Foxhound can't also be a family companion. He's good-natured, kind, and loyal, and gets along well with children and other dogs. So, why are they so rare as pets?

1. They need A LOT of exercise. Really, more exercise than you can imagine. And if they don't get it, American Foxhounds can become destructive or depressed… or both. This makes them perfect pets for runners, joggers, hunters, owners with large fenced-in spaces, and anyone who loves to really break a sweat. Couch potatoes should probably consider a mellower breed.

2. American Foxhounds are extremely musical. Their howls and bays carry for miles. While hunters and other fans of the breed think this is music to their ears, your neighbors might not agree. The breed is definitely suited to country living, where daily concerts won't disturb neighbors.

3. Like other hounds, these dogs are bred to hunt independently and aren't inclined to change their ways just because you say so. In short, they're strongly prey-driven, independent, and can be stubborn. Be firm, consistent, and most of all patient with training. In fact, even if you're an experienced owner, obedience classes are highly recommended. If your American Foxhound was raised with people, training may be easier. But if he was raised outdoors or comes from a pack, you will have your work cut out for you.

4. By now you might be wondering why anyone except a hunter would want an American Foxhound as a pet. Because the rewards of living with him are worth it. The breed is famously easygoing, mild, and good-natured, especially those raised in a home. They get along really well with kids and with some pets. A member of the American Foxhound Clubs says, “I have yet to meet one that won't put up with children. Most foxhound breeders have stories to tell of how their children learned to walk holding on to the tail of a foxhound.” With enough exercise and training, he'll be your sweetest and most loyal companion.