7 Things the Spanish Water Dog Is… and Isn’t 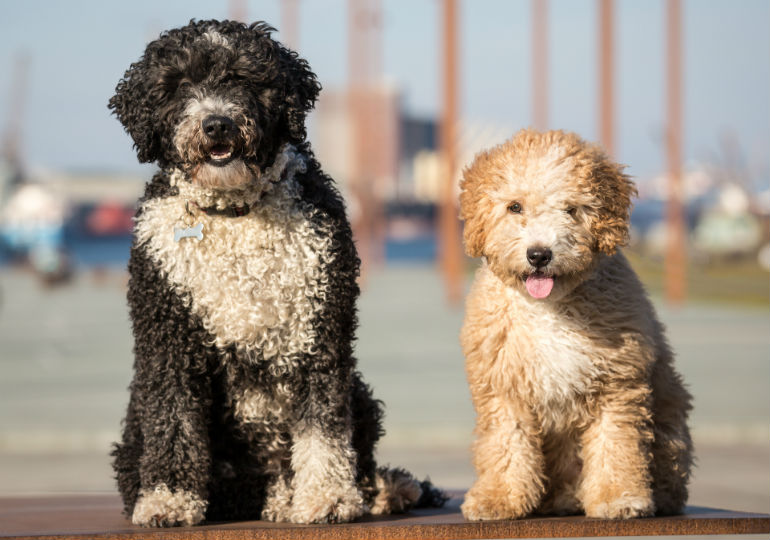 The first thing to know about the Spanish Water Dog is that he is not really a water dog. Unlike the Irish Water Spaniel or American Water Spaniel, the Spanish Water Dog (SWD) is in the herding group, not the sporting group. Yes, he will work in water, but this ancient breed was developed to herd and protect various types of livestock independently and with little training. The breed has a natural ability to “read” the herd and react. With his intelligence, keen ability to learn and to work hard, the Spanish Water Dog has proved to be an invaluable all-around farm dog. So, what do you need to know if you share your life with an SWD?

1. He is an active dog. Does this make him a good pet? That depends on whether you're the right human. He's a high-energy dog, needing lots of mental and physical exercise. He also thrives on human contact. If you're the active, outdoorsy type who loves getting the blood pumping, he's all in. Even better, give him jobs to do or participate in dog sports like agility, flyball or tracking.

2. He is the protector. For an independent type, the Spanish Water Dog is deeply loyal and faithful to his people, although he may have a favorite among family members. And because he's so loyal, with an instinct to protect, he may decide he's the guardian of his family and his territory.

3. No, he's not a Poodle, Portuguese Water Dog, or Lagotto Romagnolo. Although, at first or even second glance, he does bear a resemblance to other breeds, he's distinctly himself. His single coat is woolly and curly and covers his whole body, including his eyes. Left long and natural, his coat forms cords, almost like dreadlocks.

4. He is, above all, a herder. In fact, he will herd anything that moves… the kids, other animals, moving vehicles. Make sure small children are socialized with the Spanish Water Dog. Although protective in nature, SWDs should not be shy or aggressive.

5. The Spanish Water Dog is easy to train. He has a strong desire to please his owner and a quick intelligence. However, without a strong pack leader (meaning you) he may decide he's the boss. His strong will and need for mental and physical stimulation requires a structured routine.

6. He has so many other names that you might think he's an international spy. The Spanish Water Dog is also known as a Perro de Agua Español, Turco Andaluz, Perro Turco or Andalucian Turk.

7. The SWD is definitely worth the effort! With lots of physical and mental stimulation, training, and an experienced owner, he's a deeply affectionate, energetic, and faithful canine pal. He'll thrive on the challenges and adventures of an active lifestyle and will be your most loyal companion for life.