5 Things You Didn’t Know About the Norwegian Elkhound 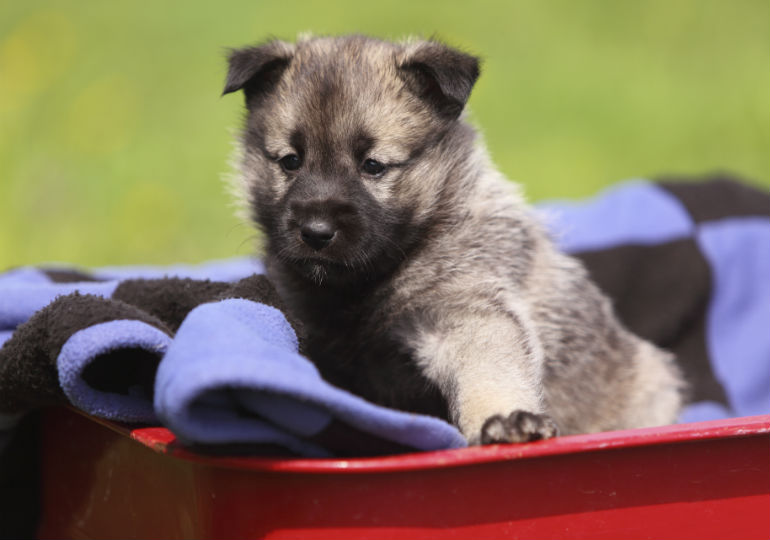 1. They've Existed for Thousands of Years

2. They Were Bred for Big Game Hunting

The Norwegian Elkhound has historically been used for hunting big game, such as moose and bears. The Vikings bred only the dogs that were the best hunters and could withstand the harsh conditions and rugged terrain of the region. This selection process resulted in a dog that is compact and muscular, with impressive stamina.

3. Their Name Is a Misnomer

Technically, Americans should call these dogs “Moosehounds.” The Norwegian Elkhound's original name is “Norsk Elghund,” where “Elghund” translates to moose dog. The name causes confusion because Europeans refer to moose as elk, but in America, moose and elk are two different animals.

4. They Are Independent Workers

5. They Can Do Many Different Jobs

Norwegian Elkhounds are versatile. In America, they have been used to hunt a wide variety of game, from birds to mountain lions. Because of their intelligence, they make good service dogs for people with disabilities. Their tracking abilities make them well suited for search and rescue teams.