8 Things You Didn’t Know About the Irish Water Spaniel 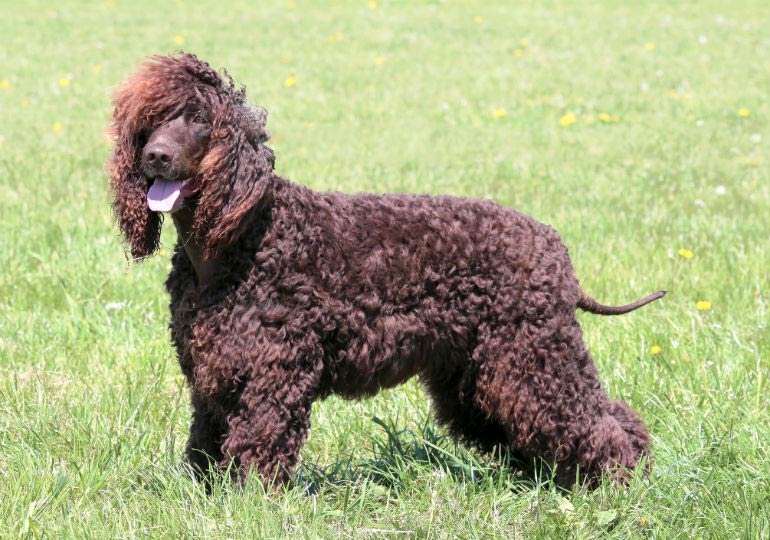 1. It's One of the Oldest Spaniel Breeds

2. They Were Bred to Be Hunting Dogs

As his name implies, the Irish Water Spaniel loves to swim. With webbed feet and a two-layered, water-repellent coat, he is perfectly suited to retrieve waterfowl for hunters. He can also be used to hunt game on land.

3. No One Knows Which Breeds Were Used to Develop Them

The Irish Water Spaniel's history is murky because the breeder credited with giving these dogs their modern appearance, Dubliner Justin McCarthy, did not keep any breeding records. People have guessed that the Poodle, the Portuguese Water Dog, and the now extinct English Water Spaniel were used, but this is all speculation.

4. One Male Served as the Father of the Modern Breed

An Irish Water Spaniel named Boatswain is credited with giving the breed the appearance it has today. Boatswain, who was rumored to have lived to be 20 years old, was bred by Justin McCarthy in the 1830s, and sired many notable gun and show dogs throughout his long life.

5. They're the Clowns of the Spaniel Family

6. They Have a Lot of Nicknames

7. They Have Been Gifted to Royalty

8. Geena Davis Got Married Because of Her Irish Water Spaniel

In a 2009 interview with The Huffington Post, actor Geena Davis told a hilarious story about how she only met her husband because he was bitten by her Irish Water Spaniel when Davis left her at a friend's house. Davis described her dog as “very sweet and soft” but apparently “she got possessive about the house.” Rest assured, things worked out. When Davis married her husband, her Irish Water Spaniel “fell in love with him.”