Get to Know and Love the English Cocker Spaniel 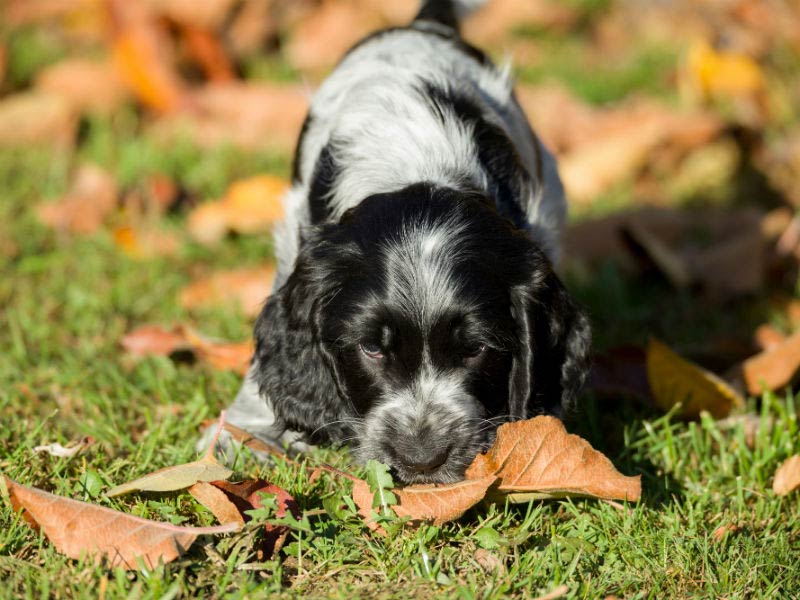 Until you get to know the English Cocker Spaniel, you might find him difficult to distinguish from the Cocker Spaniel; however, these are two distinct breeds. Both wonderful family pets, these close cousins from the Sporting Group share a long history.

Most likely originating in Spain, dogs known simply as “spaniels” were brought to England many years ago, perhaps as far back as the Roman invasion of Julius Caesar in 55-54 B.C. Wealthy landowners used these dogs to hunt game birds. Even within the same litter, dogs were given different hunting tasks depending on their physical characteristics. Smaller dogs were used to hunt woodcock, a type of bird, and were known as “cockers,” and larger dogs, called “springers,” were used to flush birds from cover.

The English Cocker Spaniel has a beautiful silky coat that is flat or slightly wavy, with moderately long feathering on the ears, stomach, chest, and on the backs of all four legs. Brushing and combing should be done daily to minimize shedding and matting and to keep the coat looking its best. Excessive hair can be trimmed away to enhance the dog’s true lines. Any grooming should look as natural as possible, as if the coat simply grew that way. You can learn to groom on your own at home or visit a professional groomer every 2-3 months.

These athletic dogs are solidly built, with males typically weighing 28-34 pounds and standing 16-17 inches tall at the top of the shoulder. Females are slightly smaller, weighing 26-32 pounds and standing 15-16 inches high. English Cocker Spaniels are compact and were built to penetrate thick cover when hunting. They retain the hunting instincts of their heritage and most have wonderful noses. Hunting and tracking are both excellent activities to try with your English Cocker Spaniel.

The breed standard describes the English Cocker Spaniel as merry and faithful. They are loving dogs that adapt well to most environments. This dog breed enjoys being with their human family and having a job to do, which makes them great companions for dog sports such as conformation, rally, and agility. Even simple activities like playing with a flying disc in the park or fetching a tennis ball will bring joy to your English Cocker Spaniel.

These relatively active dogs are alive with energy and will benefit from at least one brisk 30-minute walk a day. English Cocker Spaniels make great family pets and are happiest when they are with their beloved people. Expect a dog that will want to share your life from the time he wakes up to the time he goes to sleep at the foot of your bed.