The Flat-Coated Retriever Is a Versatile Hunting Dog and Companion 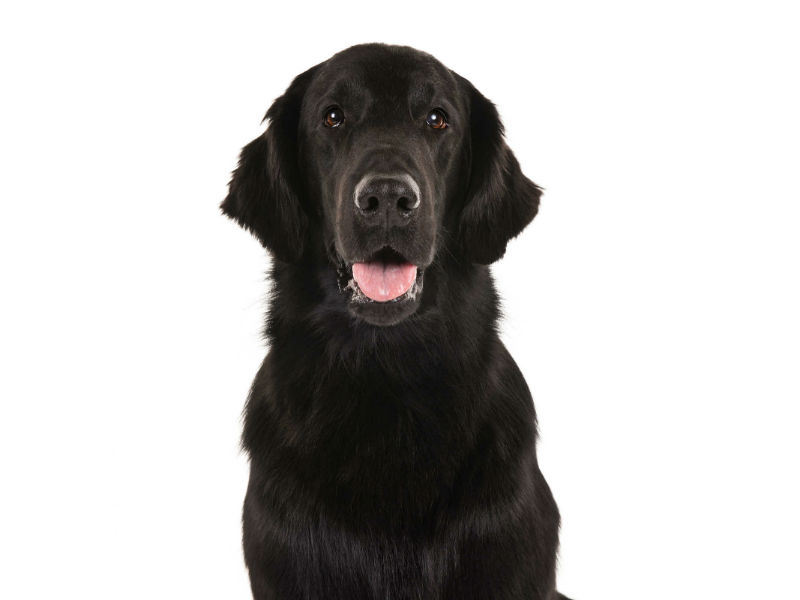 The Flat-Coated Retriever (Flat-Coat) is a large and strong utilitarian hunting dog that shines at flushing birds, such as quail and pheasant, during upland shooting (the pursuit of birds usually found in heavy cover on the ground). He is also skilled at retrieving game from the land and the water. Here are nine interesting facts about this cheerful and multi-talented member of the Sporting Group.

1. The Flat-Coat is one of the oldest of the retriever breeds. His development began in the 19th century when a new type of specialized hunting dog was required. Shooting birds in flight, rather than on the ground or on a perch, was becoming more widespread, and a dog that could retrieve dead and wounded game was necessary. It’s not known exactly how the Flat-Coat was produced, but it’s likely there were crossings between the Newfoundland and some of the largest spaniels, setters, and pointers.

3. A great deal of the development of the Flat-Coated Retriever can be traced to Sewallis Evelyn Shirley. He was a huge fan of these dogs and helped to stabilize the breed type. Mr. Shirley was also the founder of the Kennel Club in the United Kingdom in 1873.

4. From about 1890 until the first world war, the Flat-Coat had such an excellent reputation that it was the most popular retriever in Britain. But the situation changed after WWI, when the popularity of Labrador Retrievers and Golden Retrievers began to grow. Today, although their numbers are still low in comparison to other retrievers, the Flat-Coat’s popularity is growing.

5. The coat of the Flat-Coated Retriever serves to protect him from the elements when he’s working. The coat’s texture, length, and fullness all keep him safe and insulated from water, weather, and prickly plants. Per the breed standard, the only colors allowable in the breed are solid black or solid liver. The dense, lustrous coat lies flat along the body and requires brushing at least once a week.

6. The unique head of the Flat-Coat is one of his defining qualities. When seen in silhouette, the skull and muzzle look like they are “cast in one piece.” The head needs to be large enough and strong enough to easily retrieve a large pheasant or hare.

7. The Flat-Coat’s heritage as a hunting dog means he requires a great deal of daily exercise. He also benefits from having a job to do. This can help satisfy his activity needs, as well as challenge his great intellect. Retriever field trials or hunt tests are a perfect activity for this breed. Alternatively, you could consider sports like agility, obedience, or tracking.

8. Flat-Coated Retrievers are slow to mature and retain their lighthearted and youthful outlook into old age. They are characterized by a confident, outgoing personality and a wagging tail. They can serve as an alarm dog and will bark a warning, but are usually friendly to everyone they meet.

9. These happy dogs are devoted to their human family, and they need to interact and live with them. They benefit from a strong bond with their people and can only reach their true potential with lots of loving one-on-one attention.