Dogs Give Us Lessons in Life and Death 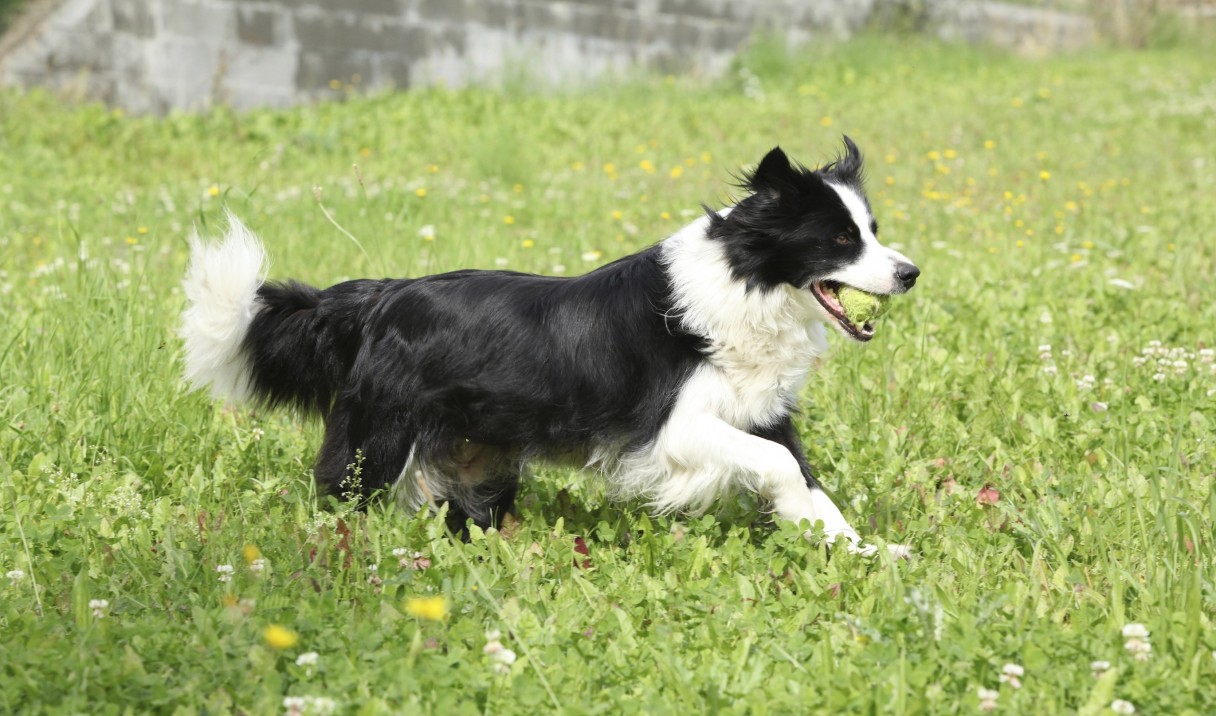 When you add a pet fish to family life, you’re pretty much guaranteeing lessons about changing the water, life’s need for oxygen, and the daily responsibility of feeding and caring for another living being. A little later, you step up the game and get a pet guinea pig, hamster, gerbil, or rat. Eating, digesting, lifespan, keeping clean, and talk about biting the hand that feeds you become part of the several-year scenario. Add a dog, and you’ve entered the realm of relationship, commitment, developmental needs, expectations, goals, reinforcement, and responsibility. Be ready to have conversations about aging, end-of-life decisions, and death.

Our middle-aged Border Collie, Blitz, was exquisitely sensitive to anesthesia. His episode of respiratory and heart failure during surgery for neutering at age 5 taught us that anesthetizing him was out of the question for the remainder of his life.

The summer before he turned 9, his fur grew straight out from his sides instead of falling flat against his ribs. He was grumpy with a litter of growing puppies who were underfoot, where normally he had always been the ultimate benevolent uncle. Within a span of three months his abdomen became taut and firm, and he was reluctant to jump up to the platform with crates in our minivan.

I had serious conversations about his health, his life with us, and his death with my teenage daughter. I was determined to not medically intervene in a way that would make his inevitable death more ugly or institutional. I met with our vet to estimate how much longer he would likely live. At first she thought I was being overly dramatic and tried to reassure me that there were probably logical explanations. Then with her stethoscope to his chest and abdomen, tears rolled down her cheeks as she said he probably had about a week. She explained that hemangiosarcoma is usually a sudden death from shock, as the blood-rich tumor ruptures in the dog’s abdomen. They are usually not in pain.

He stopped eating. An indoor dog, he curled up outdoors in awkward places. His gums turned a pale gray, and he no longer had energy to be solicitous. He stopped drinking water.

The next morning, I walked the other dogs and checked on him again. His breathing was labored, and he didn’t make eye contact. He smelled different.

I awakened my 17-year-old daughter at dawn and asked her if she wanted to be with him. We wrapped ourselves and Blitz in fleece blankets and curled up with him on the laundry-room floor, his comfortable sanctuary in the house. He stood up to move and rearrange a couple of times and then settled with his chin across my daughter’s lap. We wept and told stories. We laughed and remembered antics from puppyhood and adolescence, the spit that would fly from a tennis ball when he leapt to catch a toddler’s throw from point-blank range. We stroked his fur and traced the shape of his oversized ears. They were getting cold to the touch. His breathing became arduous and rattling; his pupils were dilating, and his focus grew vacant. We talked about what it looks like and sounds like when someone dies, whether dog or human. He died in my daughter’s arms.

When we started raising dogs as family pets, we were all a lot younger. I didn’t know the dogs would provide lessons in life and death, or that we’d have a lifetime of multiple dogs to guide us to getting it right. As we sat on the laundry-room floor, tenderly touching Blitz, I told my daughter it would be fine with me to be wrapped in blankets at home, surrounded by laughter and love and tears and stories. —Mary Fish Arango, Border Collie Society of America, December 2014 AKC Gazette