Can You Tell These Dog Breed Look-Alikes Apart? 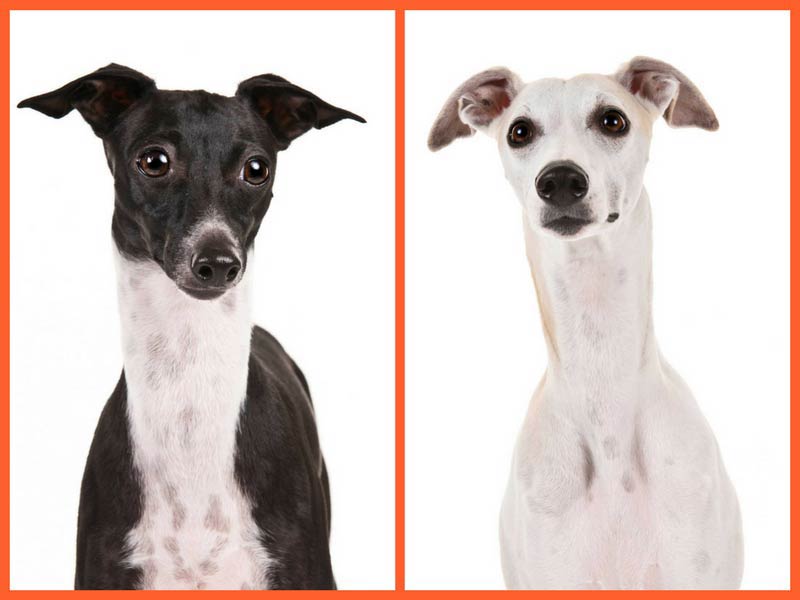 “Wait, was that a Siberian Husky? Or was it an Alaskan Malamute?” Many dog breeds can be difficult to tell apart. To celebrate National Look-Alike Day, we're taking a closer look at six pairs of dogs that look remarkably similar to each other, but are actually completely different breeds.

Alaskan Malamutes and Siberian Huskies were both developed as working dogs for cold, snowy climates — hence their thick, double-layer coats.

Both breeds are relatively common in the U.S. today, but their places of origin differ. Alaskan Malamutes were first used by the Inuit of the Mahlemut tribes, native to Alaska, for hunting and hauling large game. Siberian Huskies, meanwhile, were first bred by the Chukchi people of Northeast Asia and were used as endurance sled dogs.

So how can you tell them apart? The easiest difference to spot is their tails. A Malamute's pluming tail curls over his back, while a Husky's tail does not curl to either side of the body, nor does it snap flat against the back.

The Cairn Terrier and the Norwich Terrier can be difficult to distinguish, especially if they happen to be the same color, like red or wheaten. Both breeds were developed in the United Kingdom for the purpose of hunting rats and other small animals.

One of the key differences between the two breeds is that the Norwich Terrier has shorter legs, a fine attribute for catching rats. Color can sometimes distinguish the breeds, as well. A black-and-tan coat indicates a Norwich, while an all-black, gray, or silver coat indicates a Cairn.

The Belgian Malinois and the German Shepherd Dog are similar sizes and have similar coloring. To make matters even more confusing, both breeds often do police and military work.

But the origins of these breeds are quite different. The Belgian Malinois was developed in Belgium as a herding dog, and in modern times he has adapted to service work. The German Shepherd Dog, on the other hand, was bred to be a utility dog from the beginning. A German military captain began developing the breed in the late 1800s, prioritizing “utility and intelligence.”

Visually, you can distinguish these breeds by their builds. The Malinois is more slender, and his body is about as long as tall. The German Shepherd Dog, on the other hand, is longer than he is tall, and has a more robust frame.

The Lhasa Apso and the Shih Tzu are two of the most difficult breeds to tell apart, and that's because their ancestries are closely intertwined.

Most people believe the Shih Tzu is actually the result of a cross between a Lhasa Apso and a Chinese breed — either the Pug or the Pekingese. Lhasa Apsos are ancient Tibetan dogs, and we know that Tibetan leaders frequently gave small dogs to Chinese royalty.

It takes a trained eye to distinguish a Lhasa Apso from a Shih Tzu, but the most obvious difference is in their faces: Lhasa Apsos have longer snouts. Another way to tell the breeds apart is to pet them. The Shih Tzu has a softer, silky coat, while the Lhasa Apso has a hard coat.

Both the Whippet and the Italian Greyhound look like miniature Greyhounds, with sleek, slender bodies and narrow heads. Both breeds are from the same “family” of dogs, known as sighthounds, and they likely share a common ancestor.

The breed we know as the Italian Greyhound originated in the Middle Ages, when Italians began importing small sighthounds en masse. It is unclear whether the dogs were used for hunting small game or for companionship. The Whippet, in contrast, was definitely a hunting dog — specifically for hunting hare in open fields. Their development began in 18th-century England, when they were known as “the poor man's Greyhound.”

The main difference between the two breeds is size: the Whippet is 18-to-22 inches tall at the shoulder, while the Italian Greyhound is only 13-to-15 inches tall.

The Boston Terrier and the French Bulldog, or Frenchie, are both small breeds with pricked ears and adorable flat faces, so they can often be confused with each other. These cases of mistaken identity are understandable, given that the breeds were both created using the English Bulldog.

Boston Terriers were developed in Boston, Mass., in the late 1800s, by crossing Bulldogs with the now-extinct English white terriers. The French Bulldog was also developed in the late 1800s, but in France, when a large number of toy Bulldogs were sent from England to France. It is unclear what other breeds besides the toy English Bulldog were used to make the French Bulldog.

You can distinguish a Boston Terrier from a Frenchie by color or body shape. Boston Terriers have a distinct black-and-white “tuxedo” pattern that includes white on their faces. Boston Terriers also have longer legs and are a bit slimmer than Frenchies.