Do Dogs Feel Jealousy or Envy? 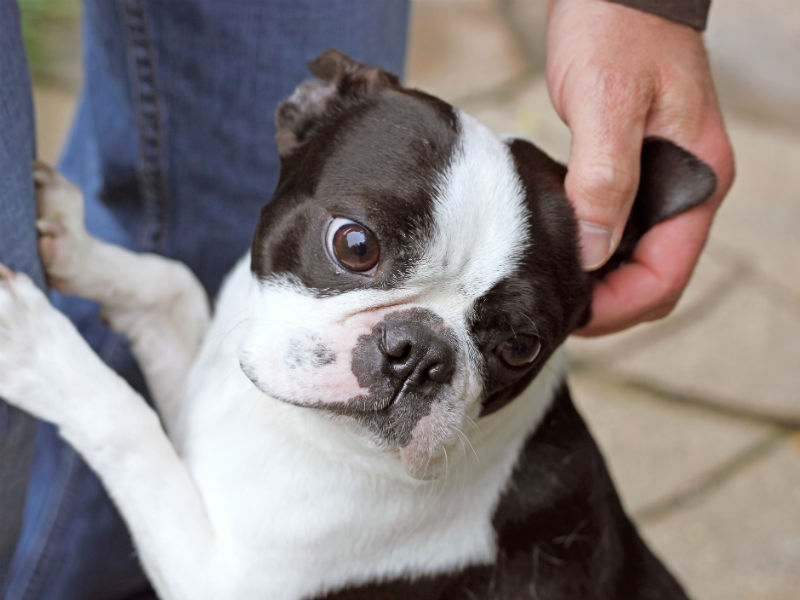 Feelings of envy and jealousy are common in social settings. You might say it’s the art of counting the other person’s blessings instead of your own. Some scientists don’t believe that dogs can feel these emotions.

A different view came from a dogsled racer I met outside of Dawson City in Canada. He was getting ready to harness his team, and they were milling around in a friendly, excited manner. I reached over to pet a handsome blue-eyed Siberian Husky, but the musher warned me off, saying: “If you pet one, you have to pet them all. They get really jealous. If they think that one of them is getting more of anything — affection, food, or whatever — they turn into green-eyed monsters.”

In all social situations there are inequities, and some individuals come out better than others when it comes to rewards. Scientists tend to separate emotions into two categories: primary and secondary. Primary emotions, such as fear, anger, disgust, joy, and surprise, are considered to be universal. Secondary emotions, such as guilt, shame, jealousy, and envy, are thought to require more complex cognitive processes. For example, in the case of envy, you have to actively pay attention to what the other individual is getting and compare it to what you are getting for your efforts. Although there are observations of clear cases of jealousy and envy in primates, such as chimpanzees and baboons, the argument has been made that it would be unlikely to find it in an animal like the dog because it involves self awareness at a level which, until recently, was doubted in dogs. However, people who live around dogs often observe it in their pets.

Jealousy Between Mothers and Puppies

One commonly observed situation where jealousy seems to appear in dogs comes about because of the complex relationship between a mother dog, her puppies, and her owner. Unlike humans, a canine mother does not maintain the maternal instinct for her children for the remainder of her life. As soon as the puppies are able to survive on their own, her maternal instinct for the current litter wanes and is certainly lost by the time she goes into heat again.

Young puppies, of course, are very cute and cuddly, so it is natural for them to receive a lot of affection from the people in the house. More knowledgeable owners may try to treat all of the dogs in the household with equal care and attention, but usually this is to no avail. The mother dog sees her owner’s attention being diverted away from her toward the puppies and becomes jealous. She may begin ignoring the pups and trying to exclude them from the maternal nest. It is strange that behavioral scientists often ignore such commonplace observations.

However, some investigators are rethinking these social emotions. They accept the fact that dogs have a broad range of emotions. They then go on to note that dogs are certainly social animals, and jealousy and envy are triggered by social interactions. Furthermore, we now know that dogs also have the hormone oxytocin, which has been shown to be involved in expressing both love and jealousy in research involving humans.

Putting the Theory to the Test

Friederike Range, of the University of Vienna, decided to see if dogs do show envy or jealousy in an experimental situation where two dogs perform the same task, but one gets rewarded while the other does not. Both dogs learned the simple trick of shaking hands by extending a paw and putting it in a person’s hand. For the test, the dogs were arranged in pairs, seated beside one another. Both dogs in each pair were individually commanded to “shake hands,” but only one dog received a reward. It was expected that if dogs experience jealousy or envy, the unrewarded dog might respond to this unfair distribution of rewards by refusing to continue to obey the command. That is exactly what happened. The dog that was not getting treats for performing soon stopped doing the task. Furthermore, the dog that was not rewarded showed clear signs of stress or annoyance when his partner got the reward.

Some people might protest that this does not really show envy or jealousy. It might well be the case that the dog who was not being rewarded stopped responding simply due to the fact that all unrewarded behaviors eventually tend to disappear because of the process learning theorists call “extinction.” To make sure that it was the interaction between the dogs that was important, rather than just the frustration of not being rewarded, a similar experiment was conducted where the dogs performed the task without a partner, but also without any rewards for his exertions. Under these circumstances, the dog continued to present its paw for a much longer time and did not show the same signs of frustration and annoyance.

One conclusion that emerged from these studies was that jealousy and envy in dogs are not quite as complex as in human beings. When human beings are involved in competitive social situations, every aspect of the reward is carefully scrutinized to try to determine who is getting the best outcome. Dogs do not view this situation under the same kind of microscope. This can be seen when the experimenters changed the situation in a subtle way: Now, again, we have two dogs sitting in front of the experimenter, each being asked in turn to place their paw in her hand. Both dogs are being rewarded for this activity, but one dog gets a very desirable treat (a piece of chicken), while the other dog gets a less desirable treat (a piece of bread). Unlike what might be seen in humans put in the same circumstance, both dogs continue to work and seem to be quite happy with the situation. This means that dogs are sensitive to fairness (whether everyone is being rewarded for their efforts), but not equity (whether all of the rewards are equal).

Read about another recent study on this topic here.

Stanley Coren, Ph.D., is a professor emeritus in the Department of Psychology at the University of British Columbia and a writer for Psychology Today.