What Was the Dalmatian Bred to Do? 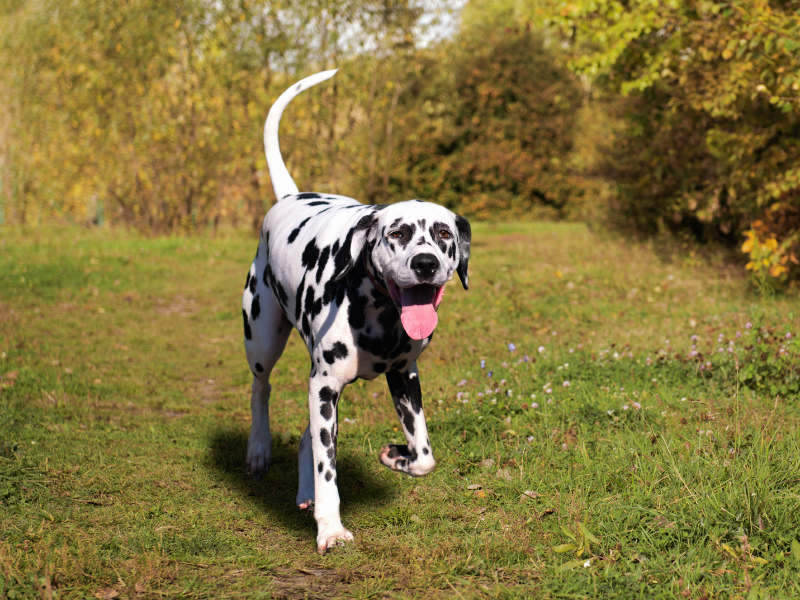 With their flashy spots and athletic bodies, Dalmatians are certainly eye-catching, but there is more to this breed than its signature look — despite what a certain Disney villainess would have you believe. Dalmatians have a complicated history, which might explain why Dalmatian lovers find this dog breed so unique. But what exactly was the Dalmatian bred to do?

Surprisingly little is known about the origins of the Dalmatian, and, in fact, there is no evidence that the breed even originated in Dalmatia. What we do know is that spotted dogs looking very much like modern-day Dalmatians were described in Europe, Asia, and Africa, and Dalmatians appear in ancient Egyptian wall paintings, medieval letters, and Italian frescoes.

Nobody is really sure where this ancient breed first emerged. Early Dalmatians are believed to have traveled with bands of Romany gypsies, which may explain their elusive heritage, but what we do know is that the Dalmatian, while versatile, made a lasting mark on history as a coaching dog.

While the breed's origins might be a little misty, their athleticism, guarding instincts, and affinity for horses are clear to any who work with them. The Dalmatian, despite his ability to adapt to other lines of work, became the carriage dog of choice in England in the 17th century, and fashionable nobles and merchants did not travel without them.

Carriage dogs ran alongside carriages and horseback riders to protect them from the many threats of the road — especially highwaymen. Dalmatians, with their speed, endurance, watchfulness, and coaching instinct were a natural choice, as they were exceptionally well-suited to road work and could keep up with the horses without difficulty. When trouble showed up, these dogs alerted human security, and their size and protective instincts made them a deterrent in their own right.

Today, enthusiasts still participate in coaching trials with their Dalmatians, where they test the dog’s ability to “coach,” or remain by the cart or rider, and the dog’s endurance. This endurance, combined with the breed’s affinity for horses, has kept them in the hearts of equestrians around the world. Dalmatians still make excellent companions for horseback-riding owners, although these days there are fewer highwaymen to worry about.

The Dalmatian’s coaching instincts eventually made the breed indispensable to firehouses. If you can imagine how difficult it must have been to maneuver a horse-drawn fire engine through crowded city streets, then you can imagine how useful the Dalmatian was to these early firefighters. Dalmatians ran ahead and alongside the wagon to clear the streets and protect the horses from pedestrians and stray dogs, and they were so effective at their jobs that they remain the symbol of many firehouses to this day. We may have long since replaced horse-drawn fire trucks with horsepower engines, but we still remember the legacy of the Dalmatian.

Over the years, the endurance, athleticism, and intelligence of the Dalmatian made the breed a willing candidate for a broad range of work. People have put Dalmatians to work as hunting dogs, draft dogs, shepherds, and guard dogs, but perhaps most notable was their debut on stage and in the circus. Their distinctive appearance and retentive memory made them natural performers, and Dalmatians clowned and performed tricks to the delight of their audiences. Dalmatian enthusiasts can attest to the breed’s sly sense of humor; these dogs will do just about anything to make their owners laugh, and life with a Dalmatian is never dull.

From coach dog to circus dog, the Dalmatian has played a fascinating role in our history. Today, Dalmatians continue to perform a variety of jobs, from family pet to sporting and showing, but their most defining roles will be forever memorialized in the breed’s many nicknames: the English Coach Dog, the Carriage Dog, and the Fire House Dog.