8 Things You Didn’t Know About the Airedale Terrier 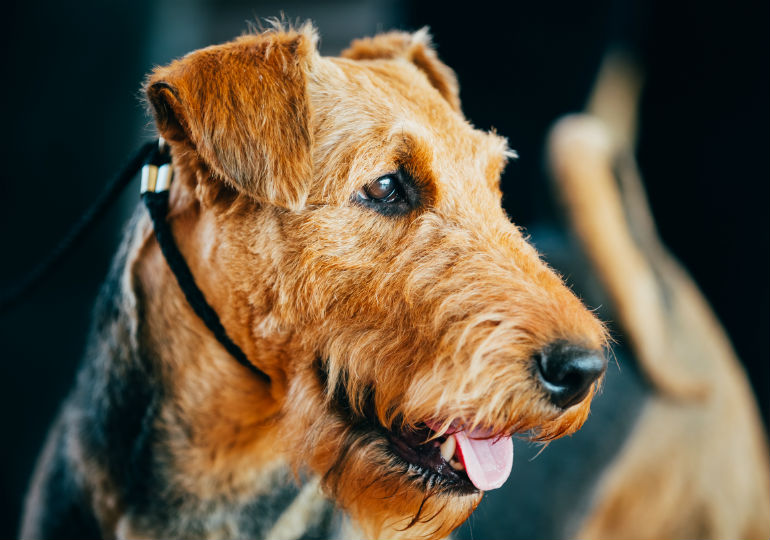 Airedale Terriers used to be one of the most popular dog breeds in the United States. They are incredibly versatile and intelligent, and they love to be part of a family. Here are some more interesting facts about the Airedale Terrier:

1. They Were Originally Used to Hunt Rats

The Airedale Terrier originated in the Aire River Valley in England, where they hunted large rats. Airedales often competed in rat hunting contests, which attracted lots of spectators. Ferrets would be sent into rat burrows to flush out the rodents, and the Airedales would then chase them into the river.

2. They're the Largest of the Terriers

Male Airedale Terriers are about 23 inches tall at the shoulder, making them the largest dogs in the terrier group. The Airedale is sometimes called “The King of Terriers.” His size and intelligence make him an extremely versatile dog; he's expanded well beyond hunting rats, to hunting large game and performing many other jobs.

3. They Served In the Military

During World War I, the British military employed Airedale Terriers as sentries and couriers. Airedales carried messages between commanding officers and troops in the trenches. They also stood watch on the front lines and warned the troops when the enemy was approaching. The Red Cross also used Airedales as rescue dogs during the war.

4. One Airedale Earned the Victoria Cross

When a British battalion was cut off by the enemy, they sent their Airedale Terrier, Jack, to deliver a message that they needed reinforcements. Despite being severely injured by shrapnel, Jack managed to deliver the message and save the battalion. Shortly after he completed his mission, Jack died from his injuries. He was posthumously awarded the Victoria Cross, the highest honor in the United Kingdom.

5. They Were Among the First Police Dogs

The Airedale Terrier was one of the first breeds to be used for police work in Great Britain and Germany. Given their bravery during the war, it's no wonder Airedales were tapped for police service.

6. An Airedale Appeared in “One Hundred and One Dalmatians”

When Disney made a live-action version of “One Hundred and One Dalmatians” in 1996, they cast an Airedale Terrier in the role of Colonel, the wise old dog who helps Pongo and Perdita find their puppies. In the animated film, Colonel is an Old English Sheepdog, but the producers of the live-action film chose an Airedale instead, because they are so easy to train.

7. Many Presidents Have Had Airedales

John Wayne's nickname, Duke, actually came from his pet Airedale Terrier. When Wayne was a boy he owned an Airedale named Duke, that he would frequently take to visit the local fire station. The firemen would say “Here come Big Duke and Little Duke.” — John Wayne was Little Duke. The nickname stuck with him for the rest of his life.