9 Things You Didn’t Know About The Rottweiler 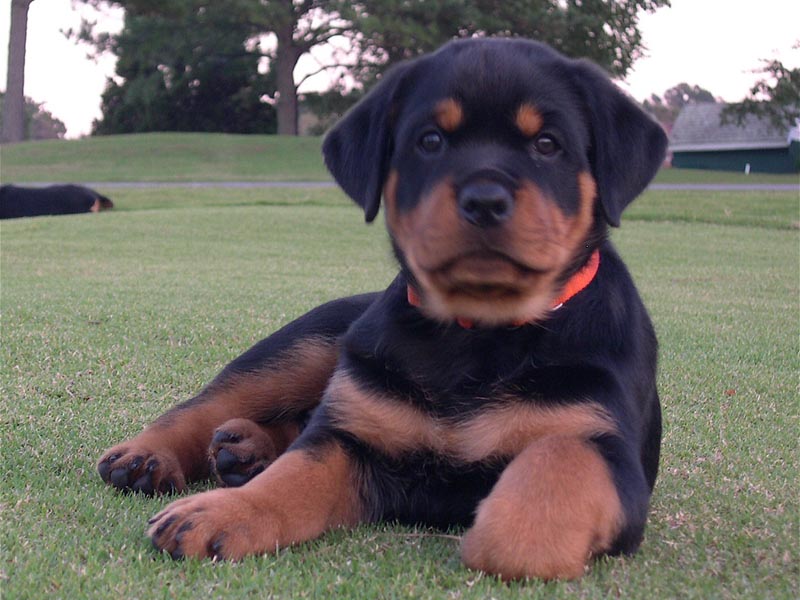 Rottweilers, also known affectionately as Rotties, are currently the ninth most popular dog in the United States. Sometimes they get a bad rap, but Rottweilers are easily trained, making them loyal, loving, and confident guardians. Here are 10 facts you might not know about Rottweilers:

1. Their Reputation Doesn't Define Them

Rottweilers have a reputation for being ferocious attack dogs. Some municipalities have outlawed them, and some insurance companies won't cover Rottweiler owners. Rottweilers were originally bred to be guard dogs, so they do have the potential to be territorial, but they can also be extremely gentle and loving when they are properly trained and socialized. Training makes all the difference when it comes to a Rottweiler's temperament.

Wynd, a therapy dog owned by Renice Zimmerman, won the Award for Canine Excellence in Therapy in 2015. Wynd worked and served as a therapy dog with The Tragedy Assistance Program for Survivors as well as Hampton Veterans Hospital and Suffolk Humane Society's BARKS reading program. Wynd passed away in December after a tough battle with osteosarcoma, but her legacy lives on.

“Wynd was an ambassador to her breed in places and areas few are allowed in,” Zimmerman said.

3. They're Descended From Ancient Roman Dogs

Though there is no documentation of the Rottweiler's origins, most people think the breed descended from the herding dogs of ancient Rome. Throughout their long history, they've been used to perform many different jobs.

4. They Herded Livestock For Traveling Soldiers

As the Roman empire expanded, it needed a way of feeding massive traveling armies of men. They used their dogs to herd livestock and march them along with the army. This was the only viable way for the soldiers to have a steady food supply without refrigeration.

This is where Rottweilers' guarding instincts come in. Not only did they protect the herd of cattle, they also protected the cattlemen's money. The cattleman would put the money in a bag and tie it around the dog's neck, where no thief would dare go near it.

6. They Gained Popularity As Police Dogs

By the mid-1800s, the Rottweiler had fallen out of favor. Dog carts had been replaced by donkey carts and then railroads, and cattle droving was outlawed, leaving Rottweilers with no work. The breed bounced back in the early 1900s when it gained popularity as a police dog.

7. A Rottweiler Is The Star Of A Children's Book Series

Good Dog, Carl is a series of bestselling children's books about a Rottweiler named Carl and the girl he takes care of, Madeleine. The books have few words and plenty of pictures, which depict Carl and Madeleine's adventures together.

8. Lots Of Celebrities Have Had Rottweilers

Will Smith, Bruno Mars, Hayden Panettiere, and Leonardo DiCaprio have all owned Rotties.

9. One Rotty Advocates For The Rights of Disabled Veterans

Dieter is a Rottweiler service dog who works with Vietnam Veteran Neil Williams. Dieter helps Williams, who suffered a spinal injury in the war, with mobility, holding doors and assisting him in and out of his wheelchair. As a member of the board of directors of the New England chapter of Paralyzed Veterans of America, Williams and Dieter have traveled to Washington D.C. to advocate for the rights of disabled veterans.

If you think this dog is right for you, check out the AKC Marketplace for Rottweiler puppies.