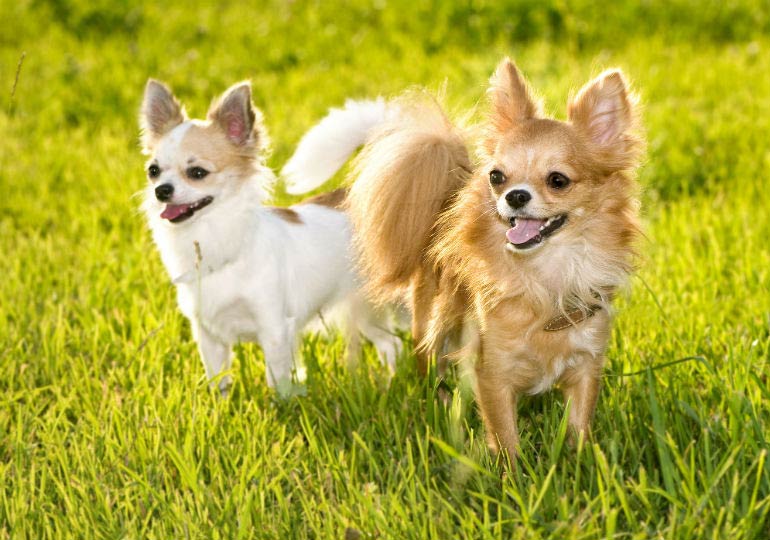 As with most dog breeds, opinions are divided about the tiny Chihuahua. Some people find them noisy and bossy, while others are enchanted by their sassy expression and terrier-like temperament. There’s some truth to both sides; there’s a lot of personality and attitude packed into that adorable, compact body. Here are nine things that every fan of the breed knows.

1. Chihuahuas are enormously loyal and loving and want nothing more than to be with you everywhere. Yours may follow you from room to room and be perfectly happy curled up in your lap all day. His tiny size makes him extremely portable, so it’s not unusual to see him tucked into a tote bag, traveling around town with his owner.

2. They tend to be mistrustful of strangers, which may make them the world’s tiniest watchdogs.

3. Chihuahuas are extremely intelligent and are quick learners, especially if you can make training fun and have plenty of treats on hand. They can successfully compete in dog activities, like agility and obedience trials.

4. These tiny dogs have giant personalities and will rule the house, if you let them. It’s sometimes difficult to be firm with a Chihuahua because he’s so charming and entertaining. But he needs to be taught the ground rules, or you’ll find yourself being bossed around by a four-pound monarch.

5. They’re named for the Mexican state of Chihuahua, where the breed originated. The modern Chihuahua is most likely a cross between the Techichi, an ancient breed from Central and South America, and small hairless dogs that originated in Asia.

6. Because they were bred for the warm temperatures of Mexico, Chihuahuas don’t do well in the cold. But this gives owners the chance to buy them dogs sweaters, coats, and an entire winter wardrobe. In the house, Chihuahuas are likely to seek out the warm spots, even if that means burrowing under the blankets in bed with you at night.

7. Because they’re so small and delicate, Chihuahuas might not be the best choice for families with young children. If you do have kids, you’ll have to teach them to be gentle and kind to the dog—not a bad thing for kids to learn, in general.

8. While we Americans pronounce the breed name as something close to “Chuh-wow-wowa,” the true pronunciation is more like “Shee-wa-wa.”

9. Chihuahua lovers are famously devoted to this graceful and sassy breed. They’re popular with celebrities, too. Marilyn Monroe had one named Choo-Choo; Jamie Lee Curtis not only acted with Chihuahuas in Beverly Hills Chihuahua, but also has one in real life; even Cesar Millan has a Chihuahua in his pack.