7 Things You Didn’t Know About The Polish Lowland Sheepdog 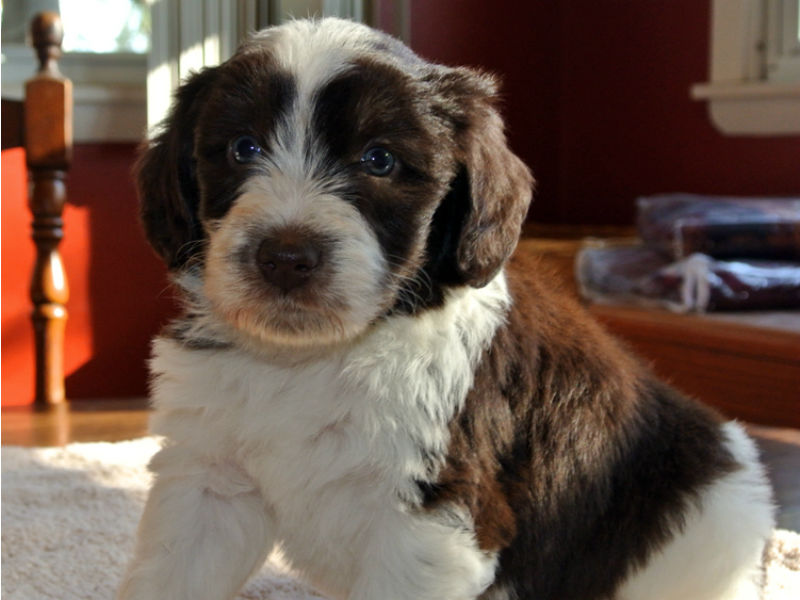 1. The Breed Often Goes By Its Nickname

Perhaps you're more familiar with the breed's nickname than its official name. The Polish Lowland Sheepdog's Polish name is Polski Owczarek Nizinny. In the United States, these dogs are often called PONs—the initials of their full Polish name.

2. Their Ancestors Herded For The Huns

3. They Gained Popularity Because of Nationalism

A sweeping sense of national pride following World War I inspired the Poles to promote and selectively breed their PONs. The dogs were first shown in the 1920s.

4. They Were Almost Wiped Out In WWII

Unfortunately, Germany's invasion of Poland in 1939 ruined the PONs breeders' efforts to start a registry for the breed. Many dogs were abandoned during the war, and only about 150 remained once the war was over. They bounced back thanks to efforts by breeders, and they were officially registered with the Polish Kennel Club in 1957.

5. One Could Predict Bombs During The War

A legendary Polish Lowland Sheepdog named Psyche could apparently predict when bombs were going to drop in Warsaw. Before a bomb fell, she went around alerting people to take cover in shelters.

6. They've Been Featured On Polish Stamps

The Polish Lowland Sheepdog is so important to his native country of Poland that he has been featured on postage stamps.

7. They're Ancestors Of The Bearded Collie

In the early 16th century, a Polish ship brought grain to Scotland to trade it for sheep, but when the ship arrived, the Scottish shepherd took interest in more than just the grain. The Polish ship was also carrying PONs to help herd its newly acquired cargo. The Scottish shepherd offered additional sheep in exchange for three PONs. It is believed that these three PONs became the ancestors of the Bearded Collie, a Scottish herding dog.