7 Things You Didn’t Know About the Norwegian Lundehund 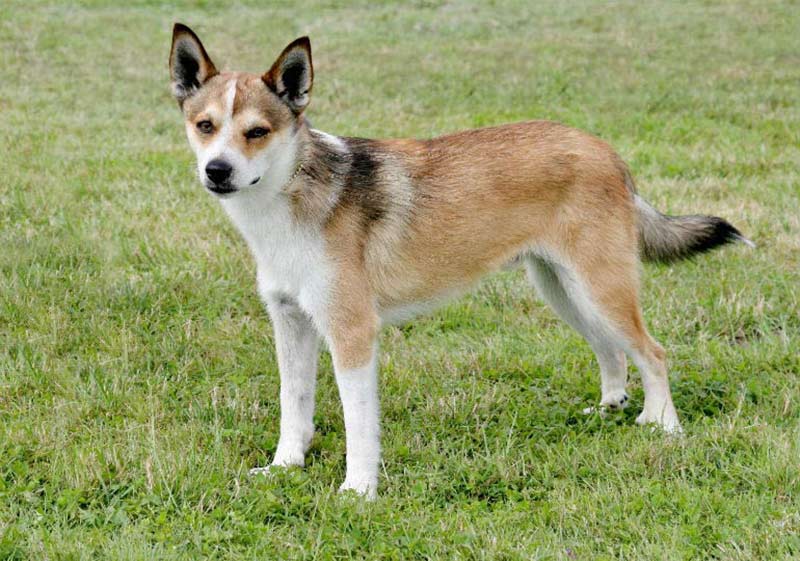 1. Their Name Comes From the Puffin

“Lunde” is the Norwegian word for the puffin, a bird also known as a sea parrot. The Norwegian Lundehund was bred to hunt puffins, which live on the islands off the west coast of Norway. Puffins were an important source of food for the farmers who lived on those islands.

2. This Is (Probably) an Ancient Breed

The Norwegian Lundehund also has several unique characteristics that were likely present in primitive dogs, but were lost as modern day dog breeds evolved. For example:

3. They Have Six Toes

The Lundehund has six fully developed toes on each foot. Four point forward and two point inward, like a human thumb. The extra toes provide more traction and grip when the dog is navigating the steep or slippery rocks and peaks of his Norwegian homeland. The toes also come in handy when the Lundehund is burrowing into a narrow passage to find a puffin's nest.

4. They Can Wiggle Their Ears

Actually, they can do much more than just wiggle their ears. The Lundehund can actually close his ears to protect his ear canal. This enables him to keep dirt and water out of his ears when he enters a deep burrow and also has something to do with his need to orient himself in a narrow passageway.

5. They Are Extremely Flexible

The Lundehund can bend in ways that most dogs cannot. For instance, he is capable of touching the top of his head to his back, which enables him to turn around while inside a narrow underground passageway. The Lundehund also has an extremely flexible shoulder joint, allowing him to spread his forelegs out to the sides. This would come in handy if the dog slipped on the rocks and needed to stop himself from falling.

When small island farmers and fishermen began catching puffins with nets, Lundehunds started becoming obsolete. The government also started levying taxes on Lundehunds, so many residents couldn't afford to keep them anymore. By the early 20th century, Lundehund numbers had dwindled to almost nothing.

7. They Were Saved by Isolated Islands

By the 1930s, the only remaining purebred Lundehunds were found in the fishing village of Mastad on the island of Værøy. If it wasn't for the seclusion offered by Værøy and Lovunden, the Lundehund might have disappeared long before a few key people became interested in the breed. The purebreds survived on the island because it was so isolated from the rest of the world. When an experienced English Setter dog breeder named Eleanor Christie read an article about Lundehunds and decided to breed them, she procured her first dogs from Mastad. Christie's efforts managed to save the breed.

Interested in adding this alert, loyal and energetic breed to your family? Make sure to check out AKC Marketplace to find Norwegian Lundehund pups.