7 Things You Didn’t Know About the Chinese Shar-Pei 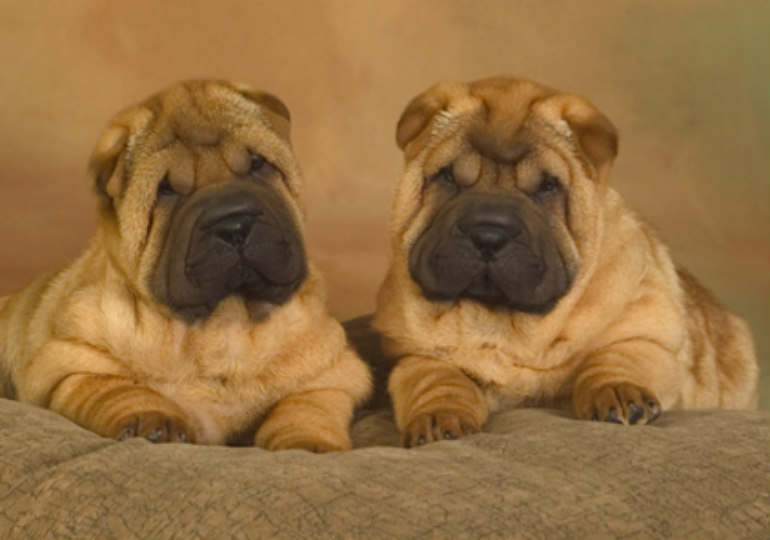 1. They Originated in Ancient China

The Chinese Shar-Pei has been around since at least 200 B.C. Archeologists discovered statues that bear a strong resemblance to the Shar-Pei and have dated them to that time period. The breed is thought to have originated in the area around the village of Tai Li.

The ancient Chinese originally bred Shar-Pei to guard the royal palace and protect the royal family. The Shar-Pei's loose skin was designed to protect him in dogfights. If another dog grabbed onto the Shar-Pei's skin, he could still get away, and his internal organs wouldn't be damaged.

3. They Were Once the Rarest Breed in the World

When China became a communist nation in the 1940s, the government initiated a hefty tax on all dogs, causing the Shar-Pei to go nearly extinct. “The Guinness Book of World Records” named the Shar-Pei the rarest dog breed in the world in the late 60s and late 70s.

During the Shar-Pei's darkest days, a Shar-Pei breeder named Matgo Law, who lived in Hong Kong, made a plea to the world to help save the breed. Law was worried that Hong Kong, then a British colony, would rejoin China and become subject to harsh dog restrictions. In 1979, Life Magazine answered Law's plea and published an issue with a Shar-Pei on the cover. After the issue was published, sales of Shar-Pei puppies skyrocketed in the United States.

“Shar-Pei” is Chinese for “sand-skin.” More loosely, it translates to rough, sandy coat. This is one of the distinctive qualities of the Shar-Pei, along with its wrinkled skin.

6. They Have Blue-Black Tongues

A Chinese Shar-Pei's tongue is a blue-black color, and the only other dog to have this color tongue is the Chow Chow. There is no known genetic link between the two breeds though. The dark-colored tongue apparently made these guard dogs look more ferocious. Some also thought the blue-black tongue warded off evil spirits when the dog barked.

7. The Plural of Shar-Pei is Shar-Pei

There is no typo in this sentence. Like moose or deer, Shar-Pei is its own plural.