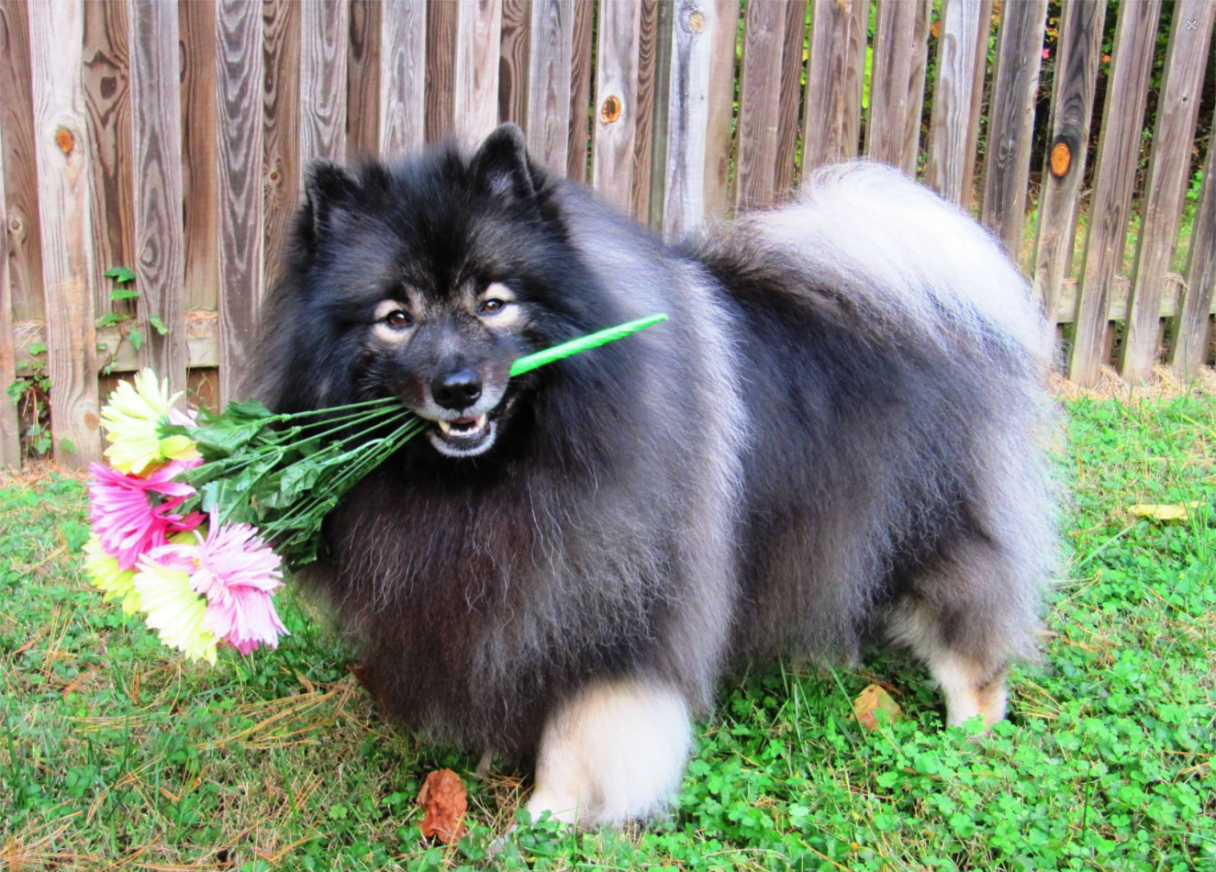 Stone Age fossils suggest that spitz-type dogs resembling today’s Keeshond co-existed with cavemen back as far as 5000 B.C. Images of dogs just like them appear on everything from ancient Greek wine jugs to the Great Seal of Amsterdam. Today, they are the national dog of the Netherlands.

Historians have different opinions of how the breed got its name. Political strife in the 18th century divided Holland into two factions, one of which was the Patriots, the people’s party. Some say Kees was the sobriquet of one or two Patriot leaders, while others say it was the name of a canine Patriot mascot. Hond means dog in Dutch.

There’s one thing everyone agrees on, and that’s that the best way to refer to this joyful breed is the Smiling Dutchman. They just seem to bring the giggles out in everyone. Here are some reasons why: