Things You Didn’t Know About the Tibetan Terrier 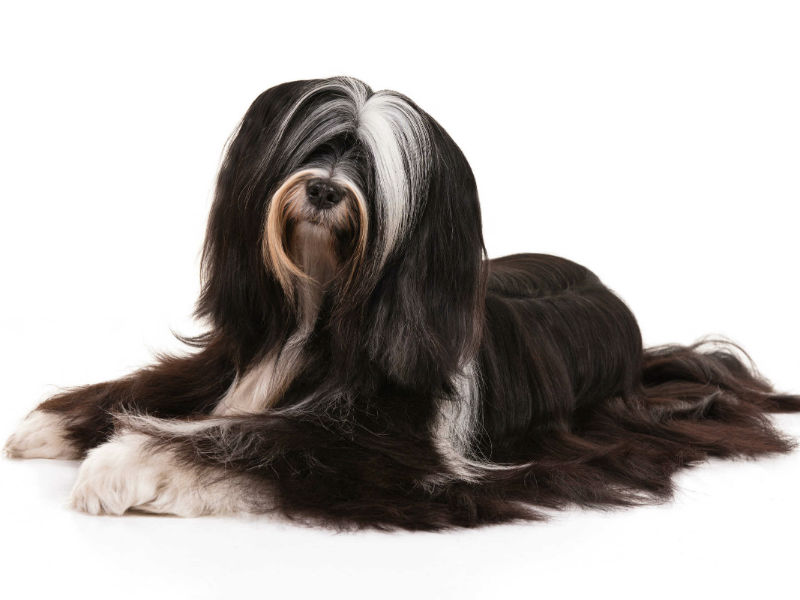 1. He Is Technically Not a Terrier

The Tibetan Terrier belongs to the non-sporting group and is not related to the true terriers. The terrier breeds descended from dogs that were bred to hunt vermin, while the Tibetan Terrier was bred to be a companion animal, not a working dog. The breed received the name “terrier” because of its relatively small size.

2. The Breed Originated in the “Lost Valley” of Tibet

The Tibetan Terrier came from a region of Tibet known as the “Lost Valley,” so-named because an earthquake destroyed the major road that allowed access to the valley in the 14th century. The Tibetan Terrier has existed for at least 2,000 years.

3. They Were an Emblem of Good Luck

Tibetan Terriers were considered good luck charms. If you wanted to bring good fortune to a friend or neighbor, gifting a Tibetan Terrier was a good way to do it. Visitors to the Lost Valley were often given Tibetan Terriers to accompany them on their way home, because the journey was so treacherous.

Tibetan Terriers are well equipped to navigate the snowy mountains of Tibet. One of their unique attributes is their flat, snowshoe-like feet. These dogs are athletic and agile, capable of climbing and jumping down from steep rock faces.

5. They May Have Been Retrievers and Herders

Although the Tibetan Terrier was not bred primarily as a working dog, there is evidence that they may have performed some vital jobs, such as herding flocks and retrieving items that had fallen down the mountainsides. They also served as watchdogs.

6. It Was Considered Bad Luck To Mistreat Them

The Tibetan people believed that mistreating or selling a Tibetan Terrier would cause bad luck to both the family and the village. This superstition protected the dogs.

7. A Female Surgeon Introduced the Breed to the West

A British surgeon, Dr. Agnes Greig, introduced the Tibetan Terrier to the Western World. Dr. Greig practiced medicine in Northern India in the 1920s, and in 1922, she performed a life-saving operation on a Tibetan woman. As thanks for her services, Dr. Greig was given a Tibetan Terrier. The doctor was so fascinated by the breed that she established her own breeding program in England. Two dogs from her program would later be imported to the United States in the 1950s.