7 Things You Didn’t Know About the Tibetan Spaniel 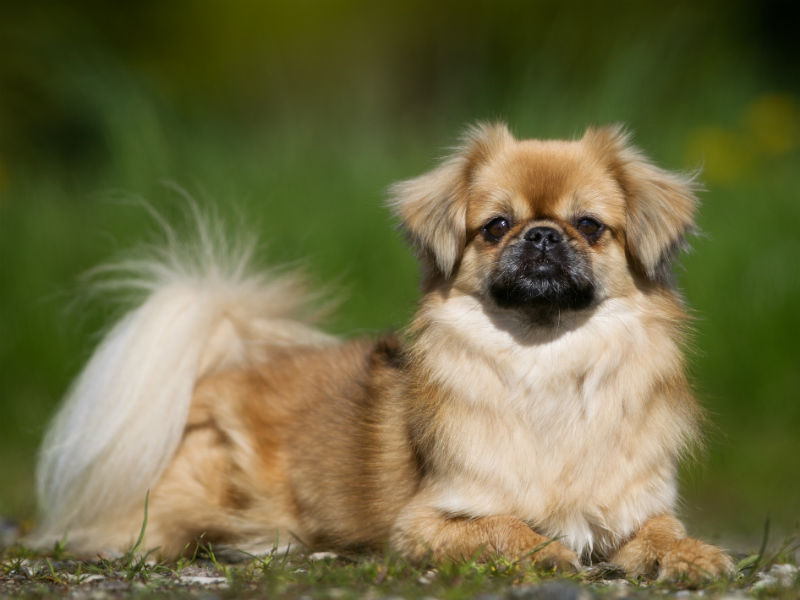 The Tibetan Spaniel, or Tibbie, as he is affectionately called, is sometimes described as a large dog in the body of a small dog. Tibbies are active, alert, and eager to please. Most importantly, they love to spend time with their owners. Here are some more interesting facts about the Tibetan Spaniel:

Tibetan Spaniels don't share any common ancestry with the traditional spaniel breeds, most of which were bred to be gun dogs. The misnomer, spaniel, in this case, came from the French word epagnuel which, in the Middle Ages, referred to a companion dog and comforter loved by the woman of European and Oriental courts.

2. They Were Bred by Buddhist Monks

Though they are not actually spaniels, Tibetan Spaniels are indeed from Tibet. They lived (and still live) in Tibetan monasteries with monks and lamas (priests). They were referred to as “little lions,” a title of great honor, since lions are considered sacred in Buddhism.

3. Their Tibetan Name is “Simkhyi”

In Tibet, Tibbies are referred to as “Simkhyi,” which means housedog, room dog, or bedroom dog. This is congruent with the Tibetan Spaniel's lifestyle of keeping monks and lamas company in their day-to-day lives.

4. They Appear in Ancient Eastern Art

Tibetan Spaniels appear in art that dates to 1100 B.C.—making the breed at least 3,000 years old. No one knows for sure how old the breed is; it is possible that the Tibetan Spaniel could have been the predecessor to the Pekingese and the Lhasa Apso.

5. Gifted to Other Buddhist Nations

6. They Served as Guard Dogs

Tibetan Spaniels had the important job of being lookouts for the monasteries. They would sit atop the monastery walls and bark whenever there was an approaching intruder. Tibbies in modern homes maintain this instinct, alerting their owners when someone or something approaches.

7. Humans May Be Reincarnated as Tibetan Spaniels

Tibetan Buddhists believe that any human, or even perhaps a Buddha, could be reincarnated as a dog, such as a Tibetan Spaniel. Tibetans believe that dogs have an important purpose in spirituality. Tibbies often help lamas with their spiritual practice, sitting next to them or on their laps while they are meditating.