Meet the Rare and Versatile Chinook 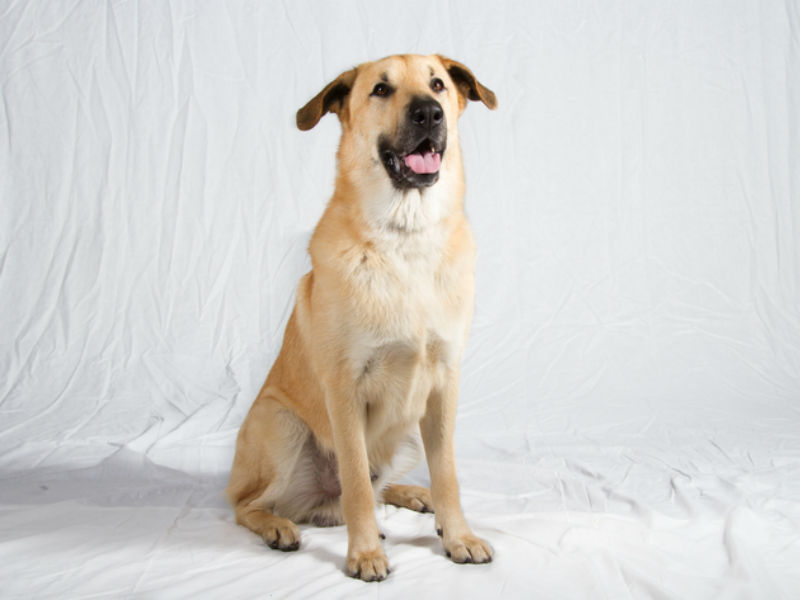 A relatively rare breed, the Chinook is an all-purpose sled dog developed for drafting and sled dog racing. This is an athletic breed that is equally at home on the trail or cuddling on the couch with his human family. Here are seven interesting facts about this dignified and affectionate dog.

1. The official state dog of New Hampshire, the Chinook was developed in the early 1900s by Arthur Treadwell Walden in the village of Wonalancet, at the foot of that state’s White Mountains. Walden was a Polar explorer, author, and sled dog driver who wanted to create a breed that would combine the speed of sled racing breeds with the power of freighting breeds. The resulting tawny-colored dogs were fast and strong, with great stamina. They also had a gentle and friendly temperament.

2. One of the first puppies in Walden’s foundation litter was named “Chinook,” after a sled dog Walden worked with in the Yukon when freighting gold mining supplies. Chinook led Walden’s sled dog team, and this team is attributed with introducing the sport of sled dog racing to New England. All Chinooks are descendants of that first dog named Chinook, and the breed was named in his honor.

3. In 1965, the Guinness Book of World Records listed the Chinook as the world’s rarest dog breed. And by 1981, there were only 28 Chinooks remaining, and many were senior dogs or had been neutered. To save the breed, three breeders divided between them the 11 dogs still suitable for breeding. Through their efforts, and the establishment of a careful breeding program, the number of Chinooks has been steadily on the rise. When the breed was fully recognized as a member of the American Kennel Club's Working Group in 2013, there were 813 dogs registered.

5. The only color allowed for this breed is tawny, which ranges from pale honey to a deep reddish-gold. The thick, double coat is made up of a short, dense, and downy undercoat for insulation and a straight, coarse outer coat. This plush coat is easy to care for and only requires occasional brushing, but expect a twice-yearly seasonal shed, more often for Chinooks that are spayed or neutered.

6. Although unusual for most breeds, any type of ear is permissible in the Chinook breed standard, including drop ears (also called pendant ears) that hang down, prick ears that stand up like a wolf’s, or propeller ears that have a fold in them even when held at attention. However, the drop style is preferred.

7. The versatile Chinook is a natural athlete, and his intelligence and enthusiastic personality make him a great companion for a range of dog sports, including agility, obedience trials, or outdoor activities such as hiking or camping. And don’t forget about the Chinook’s innate love of pulling. This helps him excel at sports that let him pull, such as sledding or skijoring.