7 Things You Didn’t Know About the Clumber Spaniel 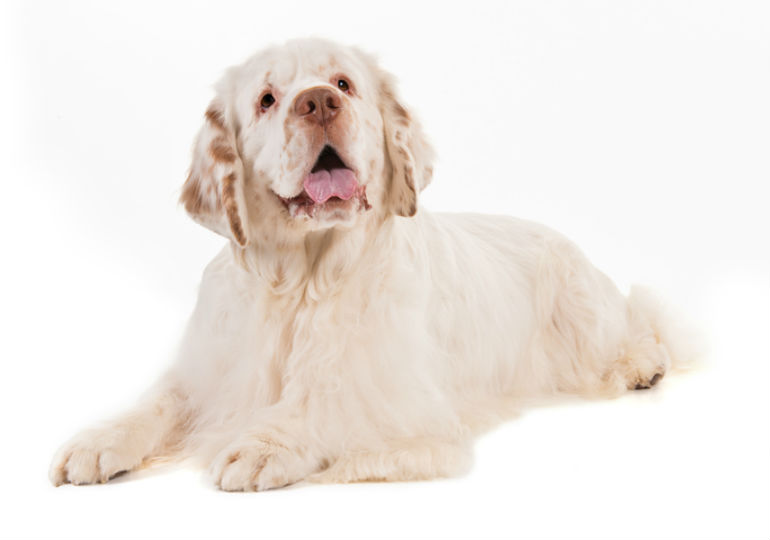 The Clumber Spaniel looks like a more rugged version of the Cocker Spaniel, but the two breeds are very different. The Clumber is a rare breed with mysterious origins. Here are some interesting facts about Clumber Spaniels:

1. No One Is Sure Where They Are From

There is a theory that the Clumber Spaniel began its history in France and was smuggled to England during the French Revolution. But there is no evidence that this theory is true. No one knows for sure where this breed originated.

2. Their Name Comes From England

Wherever the Clumber Spaniel originally came from, we know they got their name from a large estate in England called Clumber Park, which belonged to the Duke of Newcastle. Many aristocratic families in that area hunted with Clumber Spaniels and bred them.

3. They Probably Have Hound and Spaniel Blood

The prevailing theory about the birth of the Clumber Spaniel is that it resulted from crosses between Basset Hounds and early Alpine Spaniels, which are now extinct. This mix of traits gave the Clumber his low, long body and heavy head.

4. They Are Surprisingly Heavy

The Clumber is definitely the stockiest of all the spaniel breeds. A Clumber Spaniel is only about 20 inches tall, at maximum, but large males can weigh up to 85 pounds. Clumbers were bred to be short and heavy, so they could plow through thick underbrush while hunting.

5. They Appear in Art

We can learn a bit more about the history of the Clumber Spaniel through artwork. Clumbers first appear in Francis Wheatley's 1788 painting, “The Return From Shooting.” This painting depicts the Duke of Newcastle with his hunting party, accompanied by several Clumber Spaniels. Clumbers are featured in many other 19th-century works, and it seems as though they have not changed much over the past two centuries.

6. They Were Popular With Royalty

The Duke of Newcastle and his neighbors were not the only aristocrats who kept Clumber Spaniels. These dogs were extremely popular with the British upper class and British royalty during the 19th century. In fact, Queen Victoria's husband, Prince Albert, was a big fan of Clumber Spaniels. So was King Edward VII, who ruled England for the first decade of the 19th century.

7. They Are Very Rare, Even in Their Home Country