7 Things You Didn’t Know About the Bullmastiff 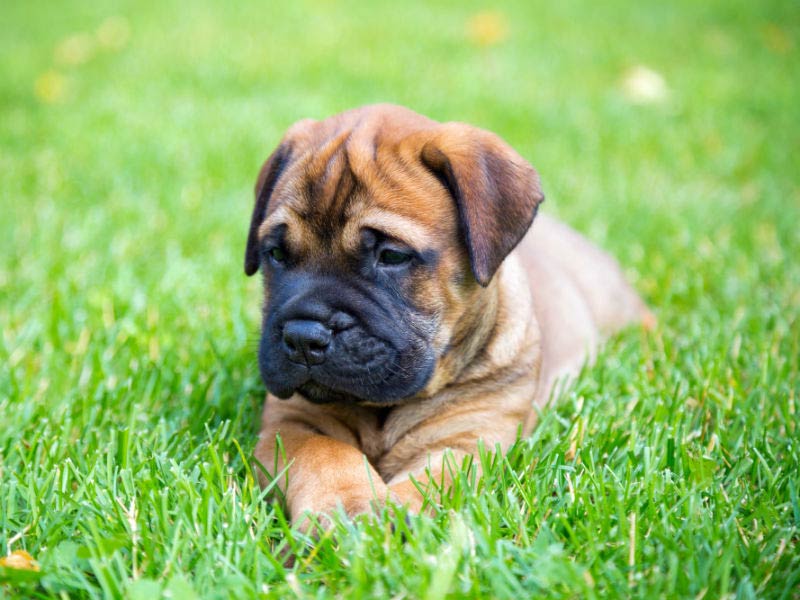 The Bullmastiff is physically imposing, but incredibly patient and loving. Here are seven things you probably didn't know about this gentle giant:

1. They Were Bred To Be Guard Dogs

The Bullmastiff was created in England in the 1860s by crossing a Mastiff with a Bulldog. The goal was to create a guard dog that would defend wealthy properties from poachers trying to steal game, like deer. The Bulldog-Mastiff-cross provided the Bullmastiff with the perfect balance of aggression and speed necessary to apprehend the thieves.

The Bullmastiff is different from a traditional guard dog. He was trained not to bark or bite intruders. Rather, his job was to track quietly, pin and hold poachers without mauling them. Wealthy landowners did not want their Bullmastiffs to scare away or injure the thieves — only to apprehend them. These instincts have remained with the Bullmastiff, as his role has shifted from game guard dog to family companion.

3. They Don't Need As Much Exercise as You Would Think

The Bullmastiff is large and muscular and has a moderate energy level. He can be perfectly content with just a few short walks each day and dislikes hot weather.

4. John D. Rockefeller Brought Them to the United States

Wealthy oil tycoon John D. Rockefeller imported Bullmastiffs to the United States in the 1920s to guard his country estate in Tarrytown, N.Y.

The most famous Bullmastiff in Hollywood was not a trained movie dog, but a beloved family pet. Sylvester Stallone adopted his Bullmastiff, Butkus, when the pup was six weeks old and decided to use him in “Rocky” because he couldn't afford a trained movie dog. Stallone actually had to sell Butkus at one point because his finances were so dire, but he went back for Butkus as soon as he had the money. As he was begging to get his dog back, Stallone said, “This dog belongs in the movie.”

6. Other Celebs Have Owned Bullmastiffs

Marlon Brando, Christina Aguilera, Michael Bay, and Jon Bon Jovi have all owned Bullmastiffs. Bob Dylan had a Bullmastiff named Brutus, who would use Katharine Hepburn's garden as a personal bathroom when Dylan and Hepburn lived next door to each other. Hepburn apparently didn't mind.

7. One Bullmastiff Is an NFL Mascot

The Cleveland Browns have a live mascot — a Bullmastiff named Swagger. You might see him on the sidelines during a game or “giving interviews” afterwards. According to his website, Swagger's favorite food is “fried Raven.”