6 Ways of Looking at a Beagle 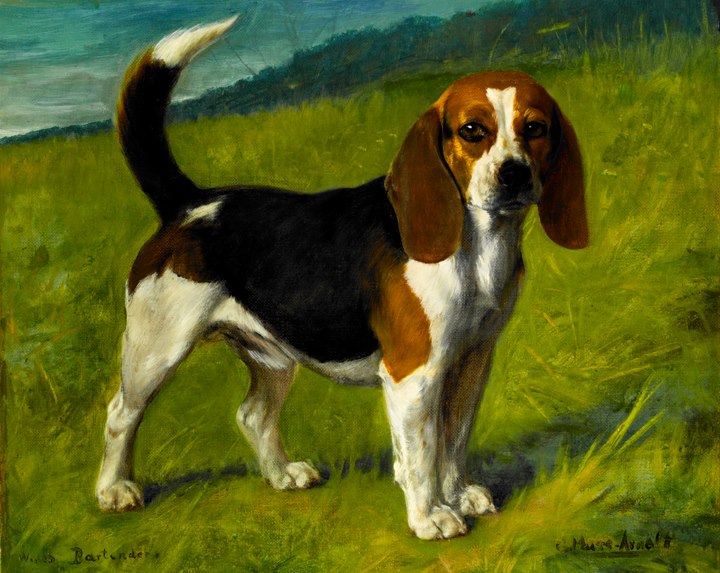 If you’ve landed on this page, you probably already know that the lovable Beagle is an irresistible pet. But these merry little hounds with the shoe-button eyes and melodious bark weren’t bred to be just the perfect companion hound.

Here, five dog experts, past and present, explain the original working function of the breed and how proper construction helps Beagles do what they were originally bred to do.

1. “Whether it is trailing a rabbit or hare, sniffing its way around the show ring, or simply being a lovable family companion, the Beagle retains the cheerful yet workmanlike character that has made it popular for centuries. The breed was originally bred to accompany hunters on foot, who might spend all day hunting a single hare. This called for a dog with a good nose, persistence and stamina, but not necessarily speed.” —Kim Campbell Thornton

2. “As a foot hound it was also popular, of course, with those who could not ride to the hunt. To enjoy the pleasures of hunting on horseback with a pack of foxhounds, it has always been necessary to be both rich and, above all, fit and healthy. But Beagles appealed to a wider audience. To quote a countryman of the Georgian period: ‘Hunting with the Beagle was admirably adapted for ladies and gentlemen up in years.’ ” —Desmond Morris

3. “At the turn of the 20th century, they were all one Beagle. The people who were importing them from England were using them for both hunting and field trials, as well as showing them. Gradually, however, the conformation beaglers for the most part stopped field trialing their dogs and concentrated on the show ring. The large majority of field-trial beaglers don’t show their hounds, so they’ve become two separate worlds. …

“When they’re in the field, they almost seem to float over the ground. Balance is really the key. You can have all the perfect parts, but if they don’t hang together then the complete picture just doesn’t work.” —Richard Roth

4. “For a long time, most show people didn’t take their Beagles to the field, so they weren’t taking into consideration things you can’t judge in a show ring: the real desire to hunt, a good nose, being able to tell when a rabbit has turned and being able to follow that line accurately. I think more people are doing both, which is helping the breed.” —Mandy Bobbit

5. “We need to do a better job of educating judges as to the original intention of this breed. If a dog with an ultrashort back has straight shoulders and a straight rear, he could never last all day in the field. We should be thinking about having a good sloping shoulder, good upper arm, and a driving rear. That’s something I think we really need to emphasize.” —Sharon Clark

6. “In whatever area it is performing, a Beagle’s most important characteristic is balance. They should have nice proportion and a pretty head, especially a very soft, pretty face. They should be squarely built, with level toplines, nice straight fronts, and well-angulated hindquarters. In addition, a top show Beagle should have attitude and carry itself with confidence. He must project himself well, he must be a pretty looking dog and he must look proud of himself. And he should move very smoothly and be ever alert.” —Anna Katherine Nicholas

Now that we’ve got the word picture, let’s take a look at a brace of field Beagles in action:

Beagles are loving, happy and easygoing companions. Learn more about the breed here. If you think this breed is right for you, check out the AKC Marketplace for Beagle puppies.