6 Things You Didn’t Know About the Spinone Italiano 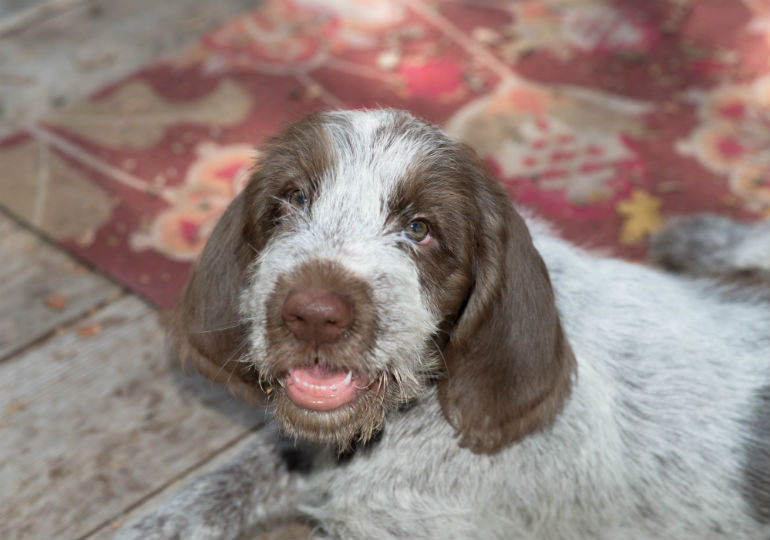 The Spinone Italiano has always been near and dear to Italy, but only made a splash in the United States recently. If you haven't yet had a chance to get to know the breed, here are six interesting facts about the Spinone:

1. They Are Among the World's Oldest Hunting Dogs

Until recently, the Spinone was not well known outside of Italy. So you might be surprised to learn that records of dogs with characteristics like the Spinone go back to 200 A.D. In documents dated to that year, there are references to the Spinone's calm, cooperative hunting style.

2. They Have Been Called the Best Italian Hunting Dog

Not only are they among the oldest pointing dogs, Spinone Italianos are among the best. In 1683, the French canine expert Selicourt wrote: “the finest griffons [pointers] came from Italy and the Piedmont.” Hunters developed the Spinone primarily in the Piedmont region of Italy.

3. They Are Extremely Versatile

One of the reasons the Spinone is touted as such a great hunting dog is that it is both a pointer and a retriever. A pointer uses his muzzle to point toward the game, while a retriever will jump in the water to retrieve birds that a hunter has shot. Because he plays both roles, the Spinone is particularly valuable to a hunter.

4. They Appear in Italian Renaissance Art

Italian Renaissance painter Andrea Mantegna incorporated dogs into the frescoes he painted on the walls of the Ducal Palace in Mantua, Italy. You can see a dog in the “Meeting Scene,” as well as the “Court Scene.” Experts think these dogs are probably Spinone Italianos.

Spinone Italianos used to have different names and different traits, depending on the region of Italy where they were bred. Breeders were trying to reverse this regionalization trend, but World War II interrupted their efforts. The war dispersed breeders, their dogs, and the breed records, and made surviving, not dog breeding, everyone's top priority. After the war was over, breeders rallied to save the Spinone from extinction.

The Spinone has had many different names throughout its history. Its modern name comes from one of its former names, Bracco Spinoso, which is Italian for “prickly pointer.” The word “prickly” probably refers to the Spinone's wiry coat. Prickly also describes the brush where the Spinone's game would hide.