6 Things You Didn’t Know About the Dalmatian 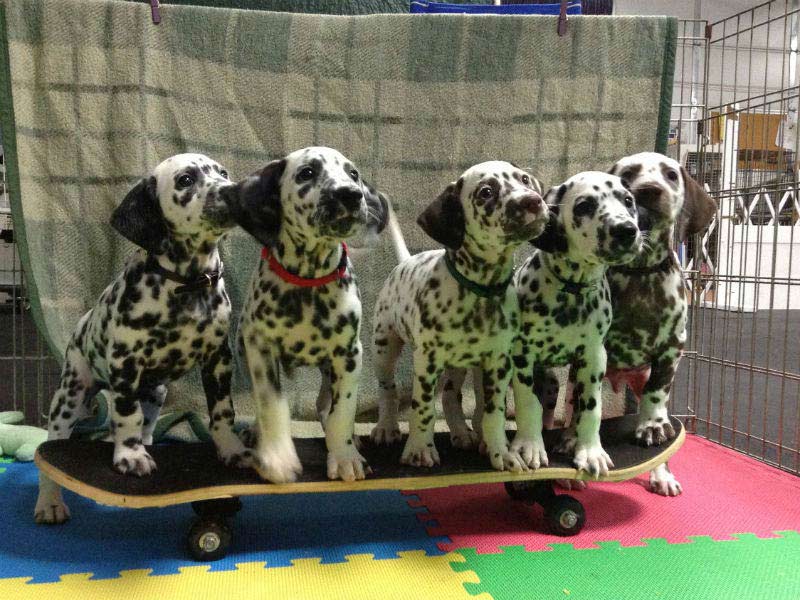 Dalmatians won our hearts when Disney made a whole movie about them. But do you know where Dalmatians came from? Here are six interesting facts you didn't know about this breed:

1. Their Origins Are Mysterious

No one knows exactly where the Dalmatian originated. This may be because Dalmatians have often traveled with Romani people, who are historically nomadic. The Dalmatian takes his name from a place called Dalmatia, a province of Austria on the Eastern shore of the coast of Venice. We know for sure that the breed had a stronghold there, though we cannot be positive that it was their country of origin.

2. The Breed Is Very Old

Even though we don't know exactly where they came from, we do know Dalmatians have been around for a long time. Spotted dogs have been found painted on the walls of Egyptian tombs, running alongside chariots.

3. They Have Served Many Different Purposes

In times of war, Dalmatians served as sentinels at the borders of Dalmatia and Croatia. They have also been herding, ratting, and hunting dogs. The Dalmatian is also the only dog breed that was bred for “coaching,” which means running alongside a stagecoach and clearing crowds out of the way, so the horses could pass through.

Dalmatians are famous for being firehouse dogs. This is because Dalmatians used to serve as coaching dogs for horse-drawn fire coaches. With the invention of fire trucks, the Dalmatians weren't really needed anymore. But many firehouses still keep Dalmatians as mascots.

5. Dalmatian Puppies Have No Spots at Birth

If you've seen “One Hundred and One Dalmatians,” you may remember that Pongo and Perdita's 15 puppies are all white when they're born. Like real Dalmatians, they only get their spots as they grow older.

6. Their Coats Are One-of-a-Kind

Just like no two people have the same fingerprints, no two Dalmatians have exactly the same pattern of spots. Someone should have told Cruella de Vil that Dalmatians are not good coat material, because every section of the coat would have been different.