Things You Didn’t Know About the Pyrenean Shepherd 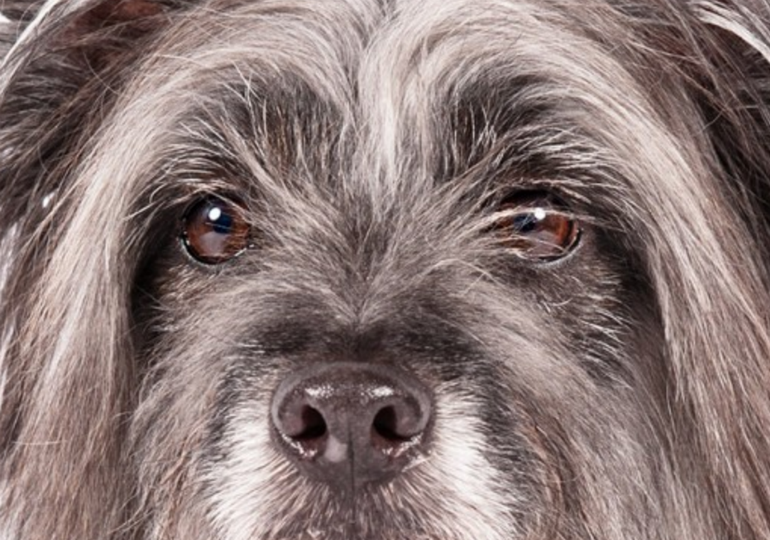 The Pyrenean Shepherd, or Pyr Shep for short, is a small and extremely capable dog. They've been working as herders for millennia, and the breed shows no signs of decline. Here are more interesting facts about the Pyrenean Shepherd:

There are no records of where the Pyrenean Shepherd came from or how it was developed, but we do know that this breed has long been crucial for sheep and goat herding in the Pyrenees Mountains of Southern France. The fossil record reveals that sheep and goat herding were well established in this region by 4000 B.C. If the Pyr Shep has been around since the very beginning of herding in those mountains, they've been around for more than 6,000 years.

2. They've Appeared in Art Throughout the Ages

The Pyr Shep is so important in France that it has appeared in French art since the early Renaissance years. For example, Dartiguenave’s book of drawings, called “Costumes des Pyrenees,” includes a Pyr Shep. One also appears in Descamps’ painting, “Le Retour du Berger.”

3. Their Small Size Is an Asset

The Pyr Shep did not have to guard the flock from predators; that was the job of the Great Pyrenees, his larger counterpart. Because they had other dogs for protection, shepherds purposely bred the Pyr Shep to be small. Small dogs are more capable of navigating the mountainous terrain quickly. They also don't need as much food, so the shepherds could afford to keep more dogs.

4. They Are Excellent Managers

As Shakespeare would say, “Though they be but little, they are fierce.” Despite its small size (15 – 21 inches at the shoulder), the Pyr Shep is capable of controlling large flocks. Only 2 Pyr Sheps are needed to manage a flock of 1,000 sheep.

5. They Run a Marathon a Day

With a dog-to-sheep ratio of 1-to-500, Pyr Sheps have to do a lot of running just to do daily management. Pyrenees farmers also move their flocks long distances between grazing grounds (a practice known as transhumance), and they can't do it without their dogs. With all this responsibility, a Pyr Shep can expect to routinely cover 25 miles in a day.

6. They Served in World War I

During World War I, Pyrenean Shepherds were used as couriers and search-and-rescue dogs. This was the first time the breed gained recognition outside of the Pyrenees Mountains, and the military officers were impressed with their skills and their bravery.

Interested in adding one of these enthusiastic, affectionate and active dogs to your family? Check out the AKC Marketplace for Pyr Shep pups!