6 Things You Didn’t Know About the Sealyham Terrier 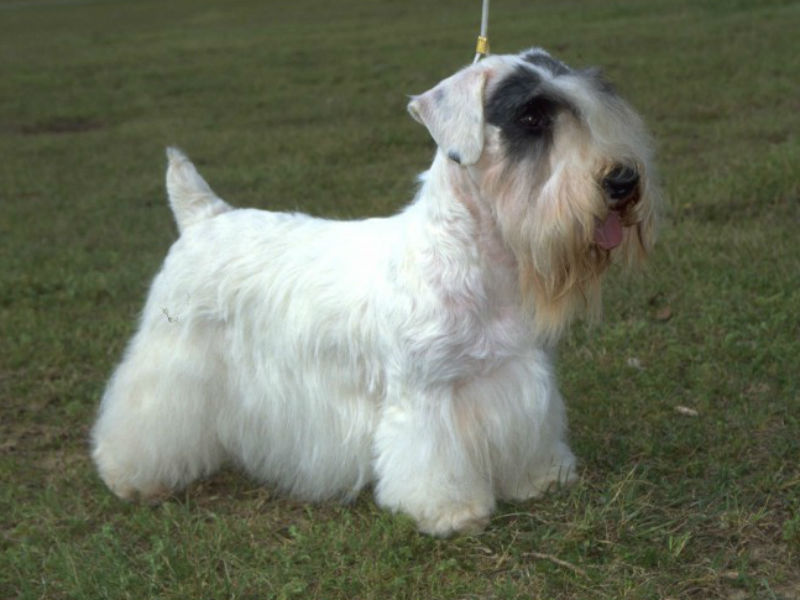 The Sealyham Terrier is a relatively new breed that has experienced dramatic highs and lows during its short history. These little dogs are smart, strong workers and also make loving companions. Here are more interesting facts about the Sealyham:

1. The Breed Was Developed in Wales

2. They Were Bred to Hunt Small Game

John Tucker-Edwardes was an avid sportsman, and his main goal in creating the Sealyham was to design a breed perfect for badger digging and otter hunting. Today, some sportsmen still use Sealyhams to hunt small game, such as pheasants and rabbits. Sealyhams are also very good at controlling pests like rats.

3. Their White Coats Ensure They Stand Out

Tucker-Edwardes valued a white coat because it ensured his dogs would stand out against the gray and brown colors of the terrain where they hunted. White is still the only acceptable color for a Sealyham, though lemon, tan or badger colored markings on the head and ears are allowed.

4. They Were Popular With Past Hollywood Stars

5. Two Sealyhams Appeared in “The Birds”

Alfred Hitchcock's two Sealyhams actually have a short cameo in “The Birds.” In one of the opening scenes of the film, the two terriers exit a pet shop with their owner.

6. They Are Champion Show Dogs