6 Things You Didn’t Know About the Lakeland Terrier 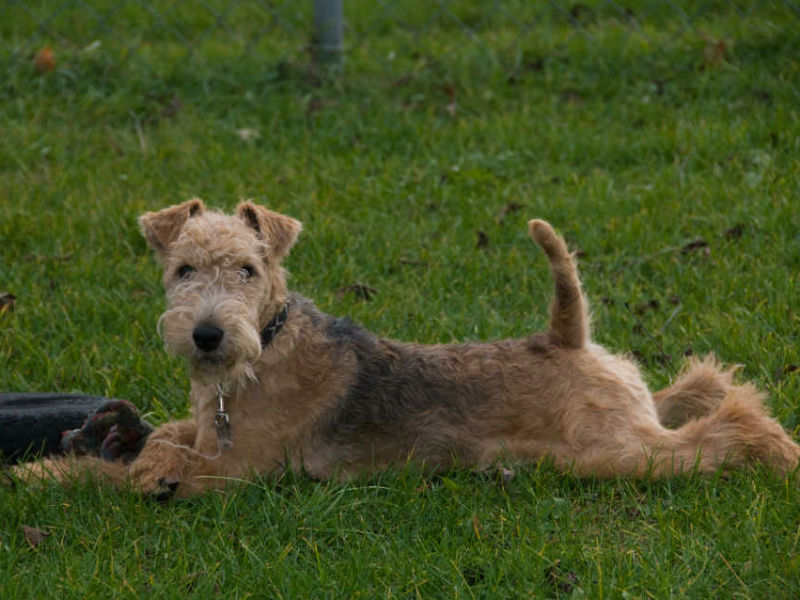 The Lakeland Terrier is known for his curiosity and problem-solving ability. This intelligent breed loves a physical or mental challenge and is well suited for an active lifestyle. Here are more interesting facts about the Lakeland Terrier:

1. They Were Named for Their Birthplace

The Lakeland Terrier is named for the Lake District of England, also known as Lakeland. Before he was called the Lakeland Terrier, he was known by many different names, including the Fell, Cumberland, Westmoreland, and Patterdale Terrier.

2. They Were Bred to Hunt Foxes

3. They Are Superior Burrowers

Lord Lonsdale, the first president of the Lakeland Terrier Association, apparently had a Lakeland Terrier who pursued an otter into a 23-foot burrow under solid rock. It took three days to rescue the dog from the burrow.

4. A Lakeland Won Crufts and Westminster

There have only been two dogs that have ever won Best in Show at both the Crufts dog show in England and the Westminster Kennel Club Dog Show in New York—the two biggest dog shows in the world. One of those winners was a Lakeland Terrier, named Stingray of Derryabah, that took both titles in 1967.

5. This Is a Very Rare Breed

6. One Lakeland Terrier Has a Huge Ball Collection

A Lakeland Terrier named Waffle lives in Newton Abbot, England and has a collection of more than 1,000 balls that she started accumulating as a puppy. Some of the balls are almost as big as she is, and she howls whenever her owner tries to get rid of any of them. Waffle's owner ended up using her terrier's collecting habit as a way of raising money for charity.