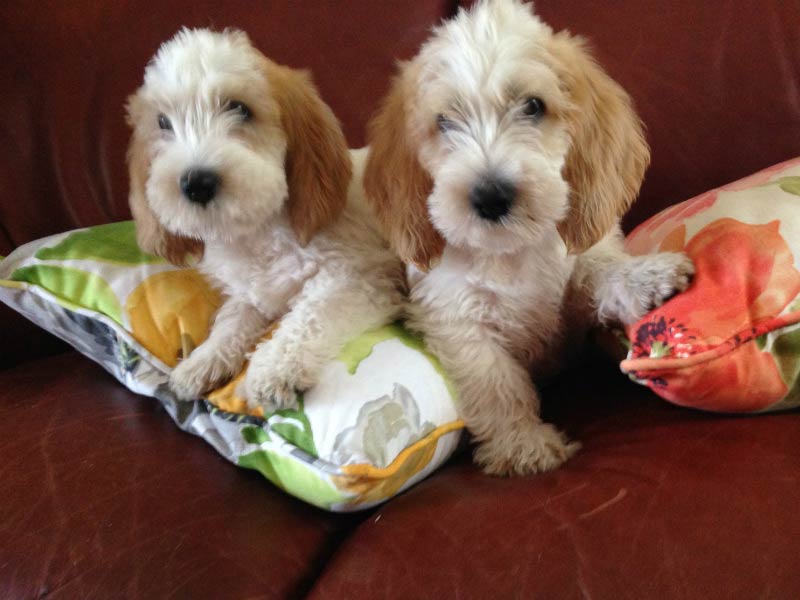 The Petit Basset Griffon Vendéen has an intimidating name, but you can call them PBGVs or Petits (pronounced peh-teet) for short. Here are some interesting facts about these pint-sized pups:

1. Their Name Says Everything About Them

Let's start by breaking down this long name. The name is French, since this breed originated in France. “Petit” means small, “basset” means low to the ground, and “griffon” describes the curly, wiry coat. Finally, “Vendéen” refers to the area of France where the breed originated.

2. They're Also Called “The Happy Breed”

Another one of the PBGV's adorable nicknames is “the happy breed.” These dogs are known for being incredibly happy; they enjoy human and canine company, love to work, and always stay in good spirits.

3. They Were Bred to Be Scent Hounds

Petits were developed to hunt game by scent. Petits originally came from the same litters as Grand Basset Griffon Vendéens, which are larger and serve as hunting dogs for big game like deer and wolves. Petits were gradually separated into their own breed and were used for smaller game like rabbits, hare, and sometimes birds. Today, Petits are still used to hunt small game in France, the United States, and other countries.

Several Petits were given to King Louis XII, who ruled France from 1498 to 1515. For a time, the breed was known as “Chiens Blancs du Roi,” or the King’s White Hounds.

Even though the Petits can be traced all the way back to the 16th century, they didn't come to the United States until the 1970s. A woman named Elizabeth Streeter imported some Petit puppies in the 1970s to create a working pack. She named it the Skycastle Pack. The breed did not start to gain popularity in the U.S. until 10 years later, when a 12-week-old Petit won Best in Match in 1983.

6. They Are Very Vocal

Petits are highly vocal dogs. Their breed standard actually says they should have “a good voice freely and purposefully used.” This means that Petits won't just bark for no reason, but they will bark for just about any reason: to greet you, to greet other dogs, to let you know they want something, or to alert you to something.