5 Things You Didn’t Know About the Feisty, Joyful Silky Terrier 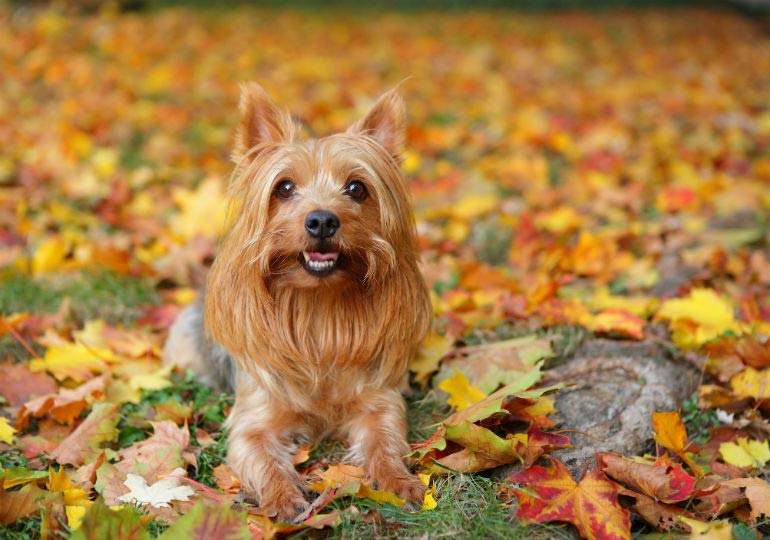 Toy in size, terrier in personality, the Silky Terrier is a lot of dog in a very small package. Spirited and intelligent, he's great company, whether for brisk walks, a romp in the park, dog sports, or curling up in your lap after a long day. Check out these five facts you probably didn't know about the Silky.

1. They Come From “Down Under”

This Aussie dog was developed in the early 20th century as a cross of the Yorkshire Terrier and native Australian Terriers.

2. He Has a Complicated Naming History

3. His Roots Make Him A Great Urban Dog

Silkys are closely associated with Sydney, Australia's largest city, and make excellent urban companions. They're compact, people-oriented, low-shedding, and always up for long walks or playtime in the park.

A photo posted by Fender The Latin Silky Terrier (@fenderthesilkyterrier) on Nov 2, 2016 at 5:57pm PDT

4. They Have a Blue and Tan Coat

Not a typical color for dog breeds, the Silky has a blue (and tan) coat. The standard describes the blue as silver blue, pigeon blue, or slate blue.

5. They Have a True Terrier Personality

Although small and bred as companions, the Silky Terrier is often more spirited and prey-driven than your typical companion dog. They're alert, vigilant, and prone to chase any passing vermin or fleet-footed wild life.

Check out some adorable Silky tricks in the video below.