Meet the “American Gentleman of the Dog World”: the Boston Terrier 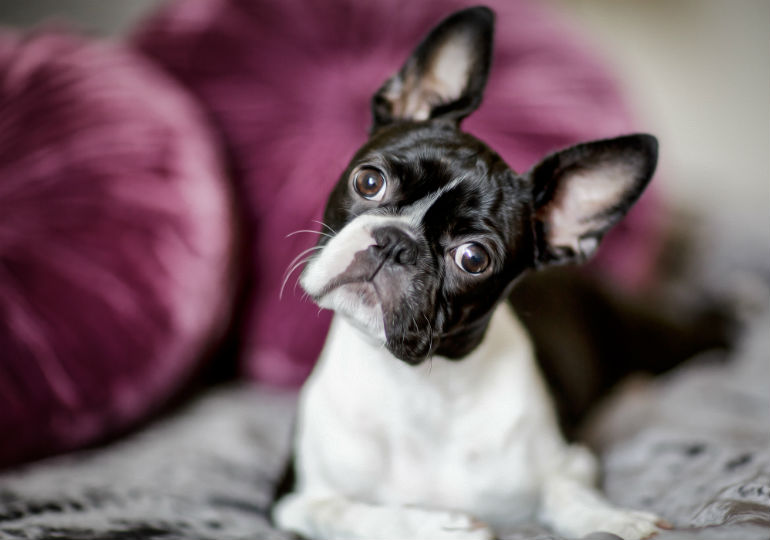 Despite the word “terrier” in his name, the Boston Terrier is actually in the Non-Sporting Group and is known for being a world-class companion breed. With his large round eyes, intelligent expression, and unique “tuxedo” coat, the Boston Terrier makes people fall in love with him at first sight. But get to know a Boston, and you’ll find there’s much more to love about the compact little guy.

The Boston Terrier is people-oriented, always preferring to be with you. He’s an eager playmate for children and just as happy being a docile companion to older folks. Bred to be a companion, he’d actually be miserable without considerable time and attention from his owners. Luckily, he’s so charming and entertaining that fans of the breed are happy to have his company.

The breed is known for being highly intelligent. They learn quickly and do well in dog sports like agility and flyball. They’re also quick to pick up tricks, although they do have a streak of terrier stubbornness. But it’s hard to stay annoyed with a Boston, especially when he looks at you with that intelligent, quizzical gaze.

Most Bostons like a good amount of exercise, especially if it involves playtime with humans. They love a romp with the kids or a good game of Frisbee. But they're also adaptable. Compact enough to be a great city dog, the Boston Terrier is is perfectly content with walks around the neighborhood. One word of caution: Boston Terriers are brachycephalic, which means they have a flat broad nose and short upper jaw. Like other dogs in this class, they’re susceptible to overheating in humid or hot weather. With their short coat, they’re also less tolerant of cold, which gives you an opportunity to buy great dog coats and sweaters.

Boston Terriers can be quite the entertainers. They’re amusing and lively, with occasional bursts of antic behavior. With that tuxedo coat reminiscent of entertainers of the past, and their compact, muscular little bodies, they’re more Gene Kelly than Fred Astaire.

Some fun Boston Terrier facts
• With his dapper looks and gentle disposition and because he was bred in the U.S., the Boston terrier has been known as the “American Gentleman.”

• Boston Terriers are less excitable than other terrier breeds, probably because of their Bulldog genes.

• The Boston Terrier’s popularity has endured throughout the 20th century up to the present. According to AKC statistics, the Boston Terrier was either the first- or second-most-popular dog in the country between 1905 and 1935.

• The Boston Terrier was chosen as the bicentennial dog of the United States in 1976. He’s also the official state dog of Massachusetts.