5 Things You Didn’t Know About the Black Russian Terrier 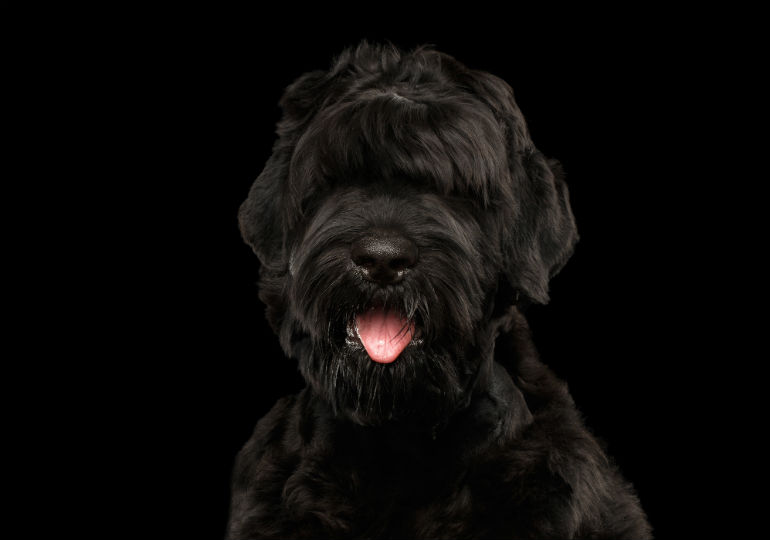 1. This Is a Very New Breed

The Black Russian Terrier (BRT) has been around for less than 100 years. They only came to the United States in the 1980s, and the AKC officially recognized the breed in 2004.

2. They Were Military Dogs for the Soviet Union

A Moscow kennel, called the Red Star, developed the Black Russian Terrier in the 1930s for the sole purpose of putting the breed to work in the military. Soviet military police used BRTs as guard dogs at border crossings, prisons, and military installations.

3. Their Name Is a Misnomer

Black Russian Terriers are not part of the Terrier Group. They belong to the Working Group, because they were bred to be working dogs. As you'll see below, BRTs do have some terrier blood in them, but there were many ingredients in the recipe for creating this breed.

4. Seventeen Breeds Were Used to Create the BRT

The four main breeds that the Soviets used to create the Black Russian Terrier were the Giant Schnauzer, the Rottweiler, the Airedale Terrier, and the Newfoundland. But there were a total of 17 breeds used to create the new dog. The breeders wanted a lot of different traits: large size, strong work ethic, high trainability, adaptability, and the ability to withstand the cold.

5. Creating the Breed Was a Challenge

The Red Star Kennel had trouble finding the dogs that they needed to create the Black Russian Terrier, because most purebred dogs had been killed during the Russian Revolution. It wasn't until 1956—at least 20 years after the project started—that the BRT was perfected, and no longer needed to be crossed with other breeds.