Three Reasons to Microchip Your Dog 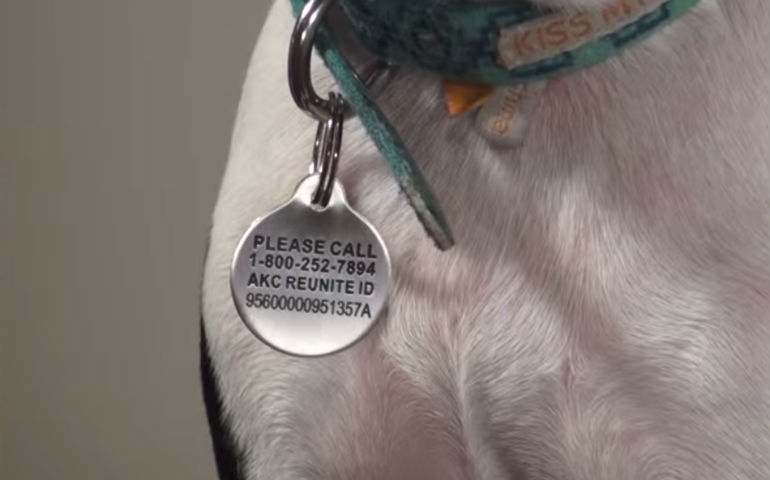 If you haven’t yet microchipped your dog, hear us out. There’s a reason this process, which involves implanting a rice-sized chip between a pet’s shoulder blades, is so popular and highly recommended by veterinarians, breeders, and animal-rescue organizations. In fact, it’s even become law in Ireland, England, and Scotland for all dogs to be microchipped.

Below are three reasons why it can be an invaluable decision:

If your dog gets lost.

Don’t think it’ll never happen to your dog. AKC Reunite reports that one in three dogs go missing at some point in their lifetime. Unlike a collar, which can easily break, fall off, or be removed, a microchip is a reliable way to get your contact information—as well as vital information about your dog’s medical conditions—and increase the odds he’ll be returned to you if he’s found. Read tips on what to do if your pet goes missing here.

If your dog is stolen.

We’ve shared the story of Waffles, a Cairn Terrier who was stolen and dyed black by a homeless woman to hide his identity. When the owner tracked the dog down, the woman denied Waffles was his dog. A microchip cleared up the dispute with a quick scan. Here are tips on what to do if your dog is stolen.

If something happens to you.

An article in Wired detailed a writer’s story of witnessing an elderly woman get hit by a car while walking her dog. The woman, who was severely injured, had no form of identification on her, but a scan of her dog’s microchip got the hospital in touch with the woman’s family. Meanwhile, the veterinarian, who had cared for the dog for years, offered to board her while her owner was in the hospital. Let this serve as an example of how having identification for your pet is just as important as having it for yourself.

For more information on microchipping, see our explanation of the technology, here.

And learn more about microchips in the video below.