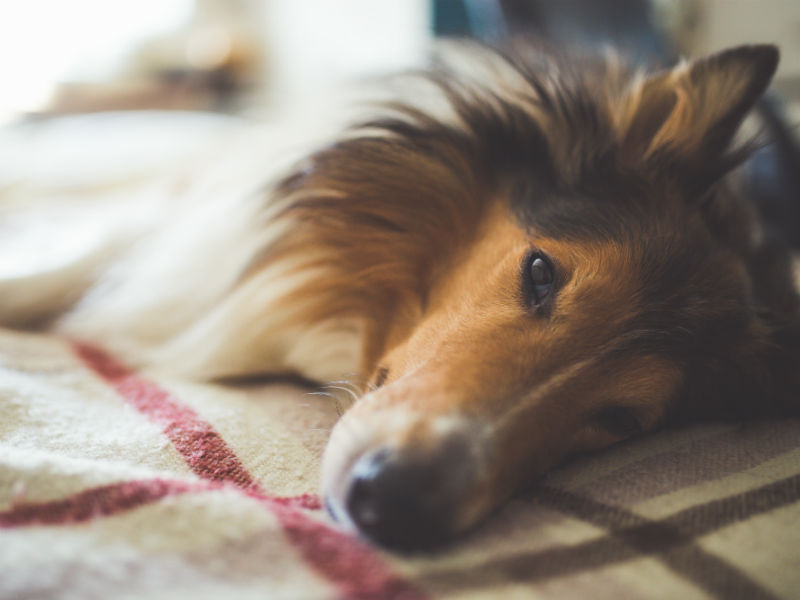 A phone call from a puppy buyer delivered news to Darlene Stewart that no breeder wants to receive.

Their beloved family pet had been ill. The Beagle male was having recurring urinary tract infections that did not respond to antibiotics.

Stewart’s thoughts immediately went to the dog’s grandmother that she had lost to bladder cancer, a difficult disease to pinpoint in the early stages. She advised the family to pursue more testing to determine if there was something more serious going on with their pet.

“Multiple trips to the vets, multiple rounds of antibiotics, multiple catheterizations, multiple ultrasounds, and we could not get a definitive diagnosis. The entire time I was concerned that it was bladder cancer due to family history,” Stewart said. “The ultrasounds did show some generalized thickening of the bladder wall, but they could not identify a mass.”

Months went by without a diagnosis, and the veterinarians started an oral treatment for the type of bladder cancer known as canine transitional cell carcinoma/urothelial carcinoma (TCC/UC). But it proved to be too late.

“After one really bad period of urinating almost pure blood and the dog being in tremendous pain, the owners were faced with the decision to euthanize,” Stewart said.

This sad story, which occurred many years ago, has been typical for many canines with bladder cancer. But today, there is a new way to detect emerging tumors in the bladder in the very early stages of disease.

The CADETSM BRAF Mutation Detection Assay is the first early detection system for TCC/UC, and it only requires non-invasive collection of a urine sample.

“A single mutation in the canine BRAF gene is present in 85 percent of confirmed TCC/UC cases. The test identifies tumor cells carrying this mutation that are shed into the urine. The test can detect as few as 10 abnormal cells in a urine sample, which allows the cancer to be detected much earlier than traditional methods, and often several months before the dog has any symptoms,” said the test’s creator, Dr. Matthew Breen, N.C. State University Distinguished Professor of Comparative Oncology Genetics and co-founder of Sentinel Biomedical.

Since the test can alert to the presence of tumor cells up to four months before any clinical signs become evident, veterinarians have the opportunity to screen high-risk dog breeds for very early signs of the disease. The test enables owners of dogs that test positive to follow up with their veterinarian and seek the most appropriate treatment very early.

Stewart, a longtime Beagle breeder, is the chairperson of the National Beagle Club Health and Genetics Committee, and she has worked with the researchers on improving early detection of bladder cancer in the breed. If this test had been available sooner, there could have been a different outcome for her dogs, she said.

“It would have allowed a much quicker diagnosis for us. Not only would we have saved money, but we could have treated the dog sooner and more specifically,” Stewart said. “Maybe we could have saved the dog, or at least given him more time with his family in greater comfort.”

“It is very important to follow up with a veterinarian to perform a thorough physical exam of the dog to confirm diagnosis and determine a treatment plan. Use of the screening test expedites time to diagnosis, leading to the best possible outcome for the dog,” Breen said.

The tests are easy to use. Owners collect urine from their dog in a clean container, transfer the urine to the provided collection pot, and then ship the sample back to the testing laboratory. All packing materials and prepaid shipping labels are included with the kit.

Along with the test kit there is a questionnaire that owners submit with each sample. The questionnaire answers are being used as part of a nationwide study aimed at finding the cause of TCC/UC and determining any link between genetic and environmental factors. Questions cover topics such as the major source of drinking water for your dog; whether lawn care products are used on your yard; and if your dog is exposed to second-hand smoke.

A major issue with TCC/UC is that, as with Stewart’s Beagles, many dogs first have urinary tract symptoms, including frequent urination and straining to urinate, that are also true for other common conditions. This can result in several cycles of antibiotics, along with repeated urine cultures, that can last several months. By the time a conventional diagnosis is made, the cancer often has had time to become more advanced and spread.

“I think any dog owner who is dealing with chronic or recurrent UTI in their dog, no matter the breed, should consider asking their veterinarian to use this test. Considering the complete scope of diagnosis and treatment, this test is less expensive, provides diagnostic confirmation or elimination, and allows an early treatment protocol to be formulated,” Stewart said. “It is just a simple urine sample and easy to obtain. While there are certain breeds, like Beagles, that have a higher risk for TCC, this test is for all dogs.”

Sentinel Biomedical also offers the CADETSM BRAF Mutation Detection Assay for diagnosis of TCC/UC in dogs that already have developed urinary symptoms. This version of the test is available to veterinary professionals from the Sentinel Biomedical online store or by e-mailing orders@sentinelbiomedical.com. Results are sent to the veterinarian within two days of receipt of the specimen by the laboratory.