Are Dogs Who Live With Smokers At Risk of Getting Cancer? 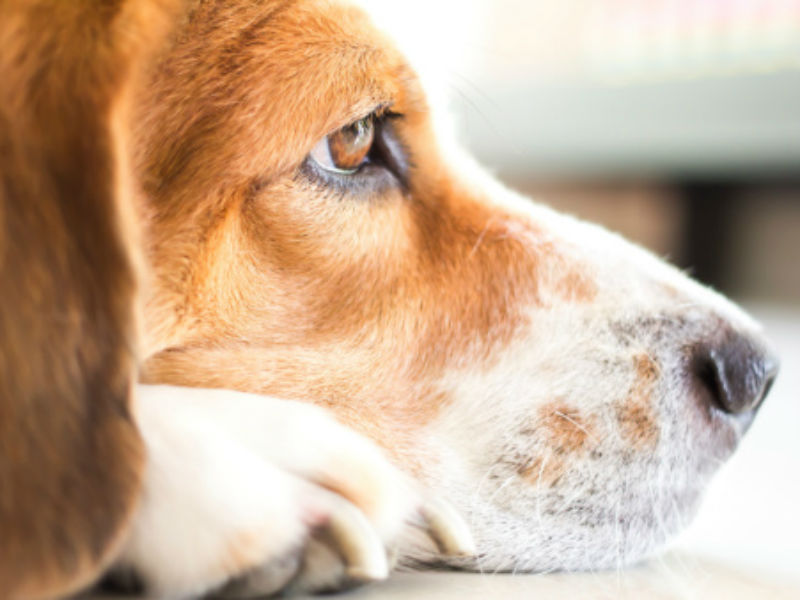 I was walking across the campus of the university where I teach when I saw one of my colleagues sitting on a bench next to his wife. She waved me over. When I got there she told me in a rather worried voice, “You have to help me convince Dan that he should stop smoking. If not for himself—at least for Lilly.” Lilly was their new spaniel puppy, and Dan’s wife was concerned the puppy would be affected by secondhand smoke from her husband’s cigarettes. It has been shown that secondhand smoke is associated with an increased incidence of lung cancer in people.

Dan shook his head and waved one hand in dismissal. “Dogs don’t get lung cancer,” he claimed. “They are down at floor level and the smoke that gets breathed in is high up, around where a smoker’s mouth is.”

Dan’s position on this matter is debatable. Here’s why:

While lung cancer is relatively rare in dogs, it does happen.

There is, however, a growing body of research that suggests secondhand cigarette smoke may harm pets as well as humans. A study published in the American Journal of Epidemiology reported work by a group of investigators headed by John S. Reif at Colorado State University. His team looked at 51 dogs with lung cancer and 83 dogs with other cancers and found that dogs in households that contained smokers had a 60 percent higher risk of lung cancer. The increased risk of cancer in dogs living with smokers was later confirmed in a larger study involving 481 dogs.

“Thirdhand smoke” is dangerous, too.

Remember that my colleague felt it was unlikely that secondhand smoke could affect his dog because the smoke is concentrated high in the air, where the smoker’s mouth is. Unfortunately, his argument overlooks what researchers call “thirdhand smoke.” According to this theory, if a person chooses to smoke outside of his home or only smokes when his dog is not in the room with him, he’s still exposing his pet to toxins. The toxic particles from tobacco smoke get into the hair and clothing so that when an owner later comes into contact with his dog, the animal is exposed to these toxins. In addition, the smoke will eventually settle and contaminate surfaces such as cushions, carpets, and the floor. The dog may lie on these and can end up consuming some of these toxins during self-grooming. Researchers have found around 250 poisonous gases, chemicals, and metals in tobacco smoke, including such nasty substances as hydrogen cyanide, arsenic, and lead. None of these is good for your pet’s health.

Smoke from your cigarettes can cause your pet’s airway to become inflamed.

A more recent study published in the journal Nicotine and Tobacco Research demonstrates how secondhand and thirdhand smoke are basically turning our dogs into “passive smokers.” Marcello Roza and Carlos Viegas at the University of Brasília in Brazil tested 30 Yorkshire Terriers, half of whom lived in a home containing cigarette smokers. The urine of the dogs who lived with smokers was found to have significantly higher levels of cotinine, an alkaloid found in tobacco that also appears when the body metabolizes nicotine. Furthermore, the dogs in smoking homes had increased levels of macrophages and lymphocytes, which is evidence of prolonged inflammation of the airway of these dogs and might well be interpreted as precursors for nasal, throat, and lung cancer. In effect, these dogs are already showing some of the same negative effects associated with tobacco smoke that they might have developed if these themselves were the active smokers.

Although smoking is on the decline, on average more than one out of five dogs will end up living in a house that contains someone who smokes tobacco. The evidence suggests that these animals may begin to show the same kinds of health problems that their cigarette-smoking owners are at risk of developing. Thus I am inclined to agree with my colleague’s wife in the suggestion that if you care about your dog’s health (even if you don’t worry much about your own), you should put out that cigarette once and for all.