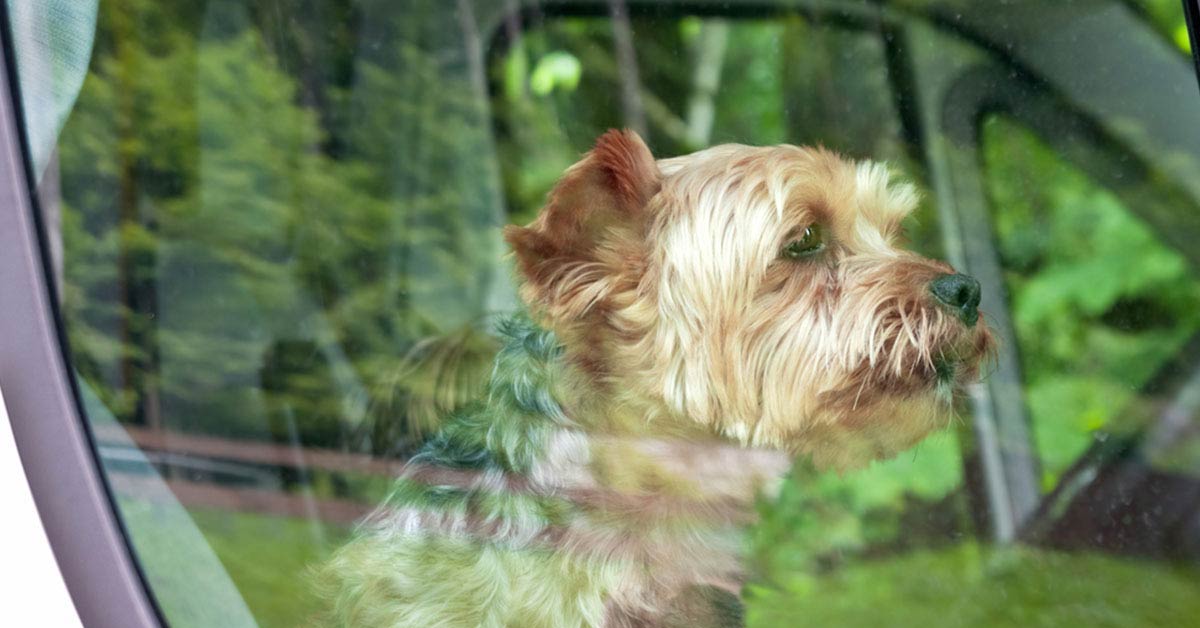 All dog owners need expert advice from time to time to meet the challenges of caring for their canines. The American Kennel Club aims to provide you and your purebred dog with the help you asked for. There are usually two reasons for car sickness in dogs. Either motion sickness affecting balance or car-related anxiety caused by some fearful aspect of traveling in the car. Regardless of the reason for your pup's puking problems, the main remedy to address the issue is the same, a good desensitization program.

Before we start with the desensitization program, there are a few other steps to take since you don't know whether the pup suffers from motion sickness or car-related anxiety. One reason for motion sickness in young pups is the lack of early handling by humans. Try cuddling her upside down in your lap, pick her up in the air or roll her around on the ground like a log. These small motions a few times a day will mimic what she is exposed to in the car.

Avoid travel in the farthest backseat where there is the most motion. Also, in the backseat pups can only see out the side windows where a whizzing blur of objects creates a fuzzy visual that causes or compounds motion sickness. By moving her closer to the front, say in the middle seat and having her look forward towards the windshield she will see less movement. Another option is to place her in a Vari-Kennel(r) crate which has solid sides to limit her visibility. If you don't use a crate, remember to use a seat-belt like harness on her while in the middle seat to keep her safe in case of an accident.

As for car-related anxiety, the pup may have associated car travel with bad things happening to her. As a very young pup she might have been taken away from her mother and thrown into a car to go to the vet to get shots which wasn't pleasant. At such a young age a few bad trips can ruin a dog's appeal to a car ride.

Going for a Ride

Start with putting the pup in the car with you for a few minutes a day. Don't turn on the car or drive anywhere, just sit quietly giving praise and gently petting. Another good idea is not to feed the pup six to 12 hours before any planned travel or even sitting in the car. Feed her after the session or travel back in the house. Don't use treats to reward her in the car. This will only stimulate an already off-balance digestive system.

After a few days sitting in the car, try staring the car and letting it run for a few minutes with her in it. Bring a toy and play with her in the front seat. Make it a happy time. Then shut off the car and exit. Do this for a few days until she shows great enthusiasm for going to the car. The trick here is to progress slowly after she shows no sign of sickness. The next step is to drive up and down the driveway once then stop and exit. Do this for a few days and then maybe try up and down the street. You get the picture. Increase the amount of travel each time she reaches a plateau of not getting sick. If she gets sick then move the process backwards until she is not sick again. By taking one step back to move two steps forward you will progress.

Leader of the Pack

One of the most important things you can do is be a strong pack leader for her. Show her that being in the car is fun and trouble free. Another tactic you can do is to not make a big deal when she does vomit in the car. Do not pull over to clean it up, as this signals her that puking will stop the car. By ignoring her and the mess until you are at your destination she will not think anything about it. Then take her out of the car and go back and clean up the mess without the dog in sight. If you get emotionally upset when she is sick in the car, such as yelling, she will begin to associate your emotional unbalance with something being “wrong” with the car.

If she still has problems, or is overly excited in the car, then you may have to take your vet's advice with a mild sedative for car rides. Unfortunately, some dogs never do get over car sickness. But with a young pup and being vigilant about her program you are more than likely to have a successful outcome.