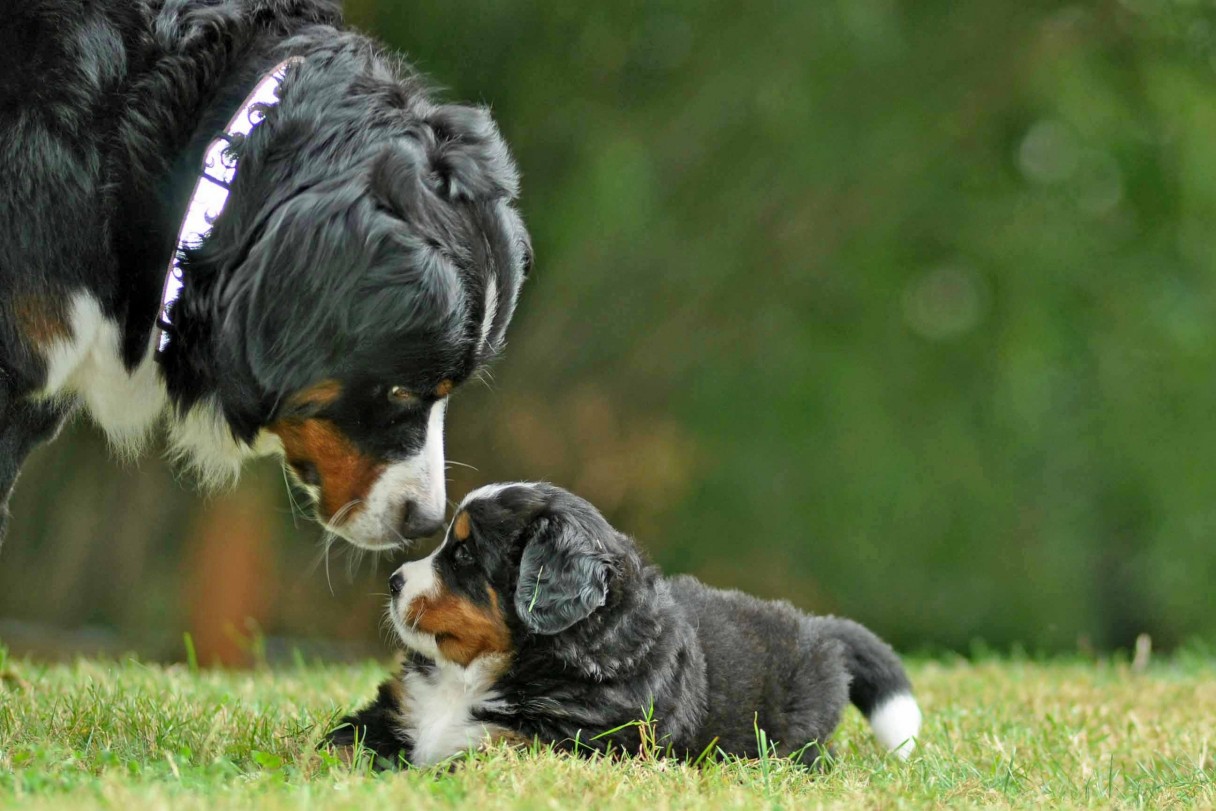 Multiple-sire litters are not new to breeders, yet they represent less than 1 percent of AKC registration statistics. But why? The practice is rooted in science, and with DNA testing being commonplace, why not hedge your bets? Still, historically, breeders have shied away from the practice, which, while appealing, is not without controversy.

Accidental breedings with more than one stud have occasionally occurred under the nose of even the most observant and responsible breeders. These puppies could not be registered unless someone “fudged” the paperwork by claiming one stud sired the entire litter. All that changed in 2000 when the AKC implemented its multiple-sire litter program, making the policy retroactive for two years.

Today, planned multiple-sire litters are an attempt to produce puppies from two or more sires in one litter. Poor-quality semen and low sperm count are among the primary reasons breeders opt for a second (or third) sire. Successful multiple-sire litters allow breeders to maximize offspring possibilities, as well as a female’s potential by creating more genetic combinations. For many owners of medium to giant breeds, it’s an effort to maximize the number of selected sires that can be bred to a bitch during her prime breeding years. In giant breeds, this prime period is much shorter than in smaller breeds; therefore, experts say it’s a distinct advantage to double the number of sires used in each breeding cycle.

Zee daSilva, a 20-year veteran of Great Danes, has bred three multiple-sire litters and says Great Danes are a short-lived breed with a narrow window of opportunity for breeding—about four years. Using a second sire enables her to get the best of all possible outcomes, and maintaining 20 years of work is worth the additional expense. “I don’t want to breed my bitches a lot, and I prefer not to do back-to-back breedings,” daSilva says. “If I find two nice sires, I’ll use them both.”

Many breeders say their greatest dissatisfaction is that the procedure doesn’t normally work, but daSilva says she’s thrilled with the outcome. Her most recent breeding via surgical insemination was whelped December 2010 and produced five puppies: one puppy from one stud, and four puppies from the other.

Everything being equal—both semen samples deposited at the same time, both with equal sperm quality—the outcome ought to be 50-50, but as with other things that should be 50-50 (such as merles in a merle-tri litter), what you actually get in any individual litter can range from all of one to all of the other and anything in between, according to C.A. Sharp, president of the Australian Shepherd Health and Genetics Institute.

Experts say semen quality, timing, and breeding method are the primary variables that most affect conception. A common approach is to use a live cover (fresh semen) and artificial insemination (fresh or frozen). No preset or particularly successful way exists for this type of procedure, Vicki Meyers-Wallen, VMD, says. Meyers-Wallen is a diplomate of the American College of Theriogenologists and specializes in small-animal reproduction.

Much depends on the quality of the semen and the reproduction history of the bitch. “Even though the fertile period and optimum time to breed can be predicted with current ovulation, timing methods, a bitch can occasionally exhibit an unusual or abnormal cycle, which can make it difficult to predict an optimum breeding time,” Meyers-Wallen says. Furthermore, she adds, manipulation of semen (extending, cooling, freezing) will reduce semen quality to some extent, which can be clinically significant in some cases and not in others.

Timing is critical: Frozen semen is thought to live only 12 to 24 hours in the uterus after thawing and insemination. It’s also one reason many breeders choose transcervical or surgical insemination, or a combination of artificial insemination and natural breedings. Each method has its pros and cons, but many experts believe surgical insemination gives breeders the best chance at conception—especially when the semen being used can benefit from intrauterine deposit.

Surgical insemination allows the veterinarian to inject semen directly into the uterus utilizing two options. The semen from both sires can be combined (heterospermic insemination) and deposited into the body of the uterus, or one sire’s semen can be placed in one horn and the other sire’s semen into the other.

“There’s no simple way to determine if or how much the semen mixes while in the uterus, and a cesarian section would have to be performed to determine which horns the puppies were in at parturition in order to find the parentage,” Carrol Platz Jr., founder and president of the International Canine Semen Bank, says.

As with anything pertaining to dogs, opinions abound. Some experts say that mixing good-quality semen with poor-quality semen decreases the overall quality. “We don’t know the effect of ‘bad’ semen on ‘good’ semen when mixed together, and I’m not aware of any scientific reports on this practice,” Platz says.

According to AKC registration statistics, 59 multiple-sire litters were registered in 2010, which accounts for less than 1 percent of the total registry. The statistics don’t distinguish between “intentional” and “accidental” multiple-sire litters. Either way, the AKC has strict guidelines and DNA testing on the dam, each of the sires, and each of the puppies is necessary to establish parentage and is required before multiple-sire litters can be registered. A cheek swab is collected from each dog and submitted to the AKC for DNA profiling. All testing must be done through the AKC, as testing from outside laboratories is not accepted. The AKC uses 14 markers, but additional markers may be required when the possible sires are closely related.

Start to finish—from DNA profiling to registration—the process takes approximately six weeks. Multiple-sire litters cannot be registered online; they must be done on paper and the turnaround time is 48 hours once all the required paperwork and DNA results are received by the AKC. It would be wise for those anticipating a multiple-sire litter to have the parents’ DNA on file prior to whelping.

Planning and executing a multiple-sire litter can be challenging and costly, with unpredictable results. But for those who are willing to hedge their bets, the reward may be worth the effort.

Tracy Libby is the author of 10 books on dogs and a longtime veteran of the sport of dogs. She competes in agility, obedience, and conformation with her Australian Shepherds.

This story originally appeared in the AKC Gazette.