Allan Unleashed: Are You Cut Out to Be a Mentor? 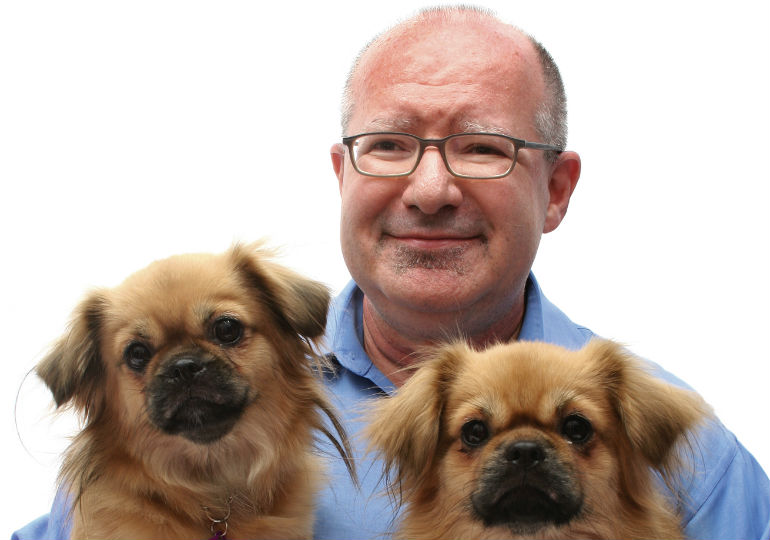 You’re a successful breeder-exhibitor who’s been involved in the sport for 30 years, with scores of homebred champions to your credit. You have held positions on your parent club’s board and are a respected judge of your breed. One day, you receive an email from an up-and-coming fancier whom you’ve met once or twice, asking if you will be her mentor. You are flattered, of course, but feel ambivalent. You count among your friends a few burned-out mentors who swear they’ll never do it again. But you believe in paying it forward and encouraging new people in your breed. You have been paid a compliment that carries with it a huge and lengthy commitment, if you accept. So, how do you respond?

Before you take a newbie under your wing, stop and give yourself a reality check. Not all great doctors make great teachers at medical school. Similarly, not all talented breeders have the right people skills to be gifted mentors. You will need to assess yourself as objectively as you can in a few important areas to ensure you make the right decision.

How would you describe your approach to breeding and showing dogs? Are you serious about the endeavor without taking yourself too seriously? Or are your close friends and family always telling you to lighten up? Are you able to skip a dog show weekend to attend a birthday party, concert, or high school reunion? Have you been known to forgo a breeding or decline to take back a stud-fee puppy because the timing just wasn’t right? If you’re an easygoing, laid-back mentor paired with an overly ambitious, Type A protégé who’s chomping at the bit to get ahead by whatever means, your very different temperaments are likely to clash, even if you have similar tastes in dogs.

If the prospective protégé is barely an acquaintance, meet for coffee — not at a dog show! — to get to know one another and see if you are both on the same page philosophically. If you are a firm believer in co-ownerships, but she’s been burned by bad ones and insists co-ownerships always take advantage of one party, then this will not be a match made in heaven. It doesn’t mean you can’t be friends, but don’t embark on a breeding partnership when the two of you don’t agree on the big stuff.

There are many successful breeder-exhibitors who easily share their grooming and breeding secrets with unstinting generosity. Others, who came up through the school of hard knocks, may believe in tough love and expect newbies to pay their dues. They grumble about the attitude of entitlement displayed by the younger generation, and that goes for new dog fanciers, too. Which are you? Breeder-exhibitors who worked their way up through the ranks, particularly in competitive breeds or breeds that require elaborate grooming, may keep their hard-won tips close to their vests. It’s better to admit that to yourself then butt heads with a newcomer who will expect a certain largesse from her mentor and react badly when it is not forthcoming. Dog shows are public events, where we are all forced to play well with others, at least for a few minutes. If that doesn’t come easily to you, don’t jump into a stressful mentoring situation.

Many experienced breeder-exhibitors encourage newcomers to be sponges and talk to everyone in their breed. In time, good advice can be sifted from the bad, but in the early days, be friendly and polite to all. Other breeder-exhibitors believe “there is no such thing as a free lunch.” In exchange for the wisdom shared with their protégé, they expect a certain loyalty, defined as socializing only with those breeders the mentor approves and not with others (the others, of course, having dogs that the mentor swears on a stack of Bibles are “widely known to display faults A, B, C and D”). Some novices will bite the bullet and accept the terms of the relationship, but others will bristle against such limitations and consider the price too great to pay. If your boss, spouse, kids, and friends have commented that you are overly controlling, you will be equally so with a protégé.

One day your protégé will tell you she wants to do a breeding that you wouldn’t have advised. And probably using a dog or bitch that you bred and sold or gave her. What would your reaction be? Are you able to push the fledgling out of the nest to learn from her own possible mistakes, or do you expect to make all the decisions for as long as she is involved in breeding dogs? Of course, you can weigh in and diplomatically explain the reasons you wouldn’t recommend the breeding . . . but how emotional and heated is the discussion likely to get? If this does not involve a co-owned animal, attempting to forbid the breeding will not prevent it, but in all likelihood will only cause an irreparable rift.

While friendships can last a lifetime, actively mentoring someone typically has a beginning and an end. No one wants to be a student and apprentice forever. At some point, a protégé will want to be considered an equal, or at least a peer. You can’t treat a protégé like a new puppy buyer forever.

The relationship that develops between a well-matched mentor and protégé can be wonderfully enriching for both, in addition to benefiting your breed, as long as you share the same core values and a similar vision. As with a good marriage that joins compatible partners in life, take the time to get to know your potential partner in dogs.

Allan Reznik has been an Afghan Hound fancier since the early 1970s, and also owns and exhibits Tibetan Spaniels. He is an award-winning journalist and broadcaster who has served as editor-in-chief of several national dog publications. He appears regularly on radio and TV discussing all aspects of responsible animal ownership. He is also on the boards of the Afghan Hound Club of America and the Tibetan Spaniel Club of America.