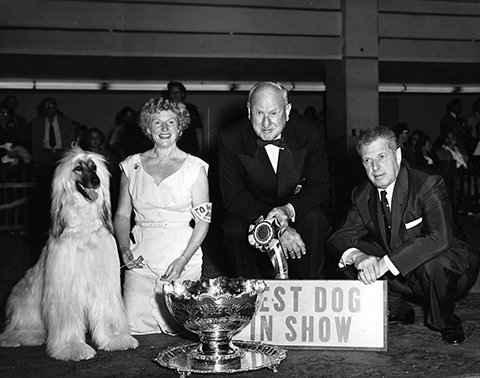 Taejon won the Afghan Hound Club of America national specialty in 1954 and won the breed and the Hound Group at Westminster Kennel Club in 1954 and 1955. In all he won four specialty Bests of Breed and 17 Bests in Show, and he sired 30 champions.

—From the AKC Gazette archive

WATCH: Kay Finch and Ch. Taejon of Crown Crest in the Hound Group at the Westminster Kennel Club Show in Madison Square Garden in 1954.