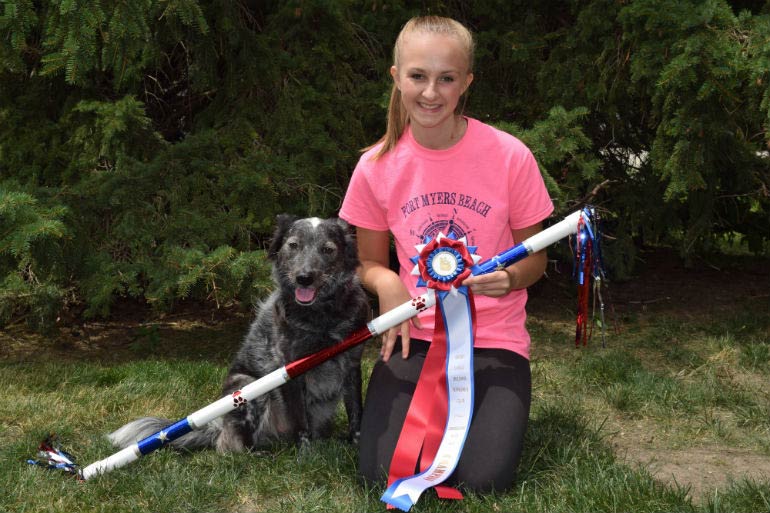 Courtney Kramer was just in seventh grade when she first saw Smoky and knew that they were meant to be together.  Her parents did not think the same, however, but after days of pleading, Courtney brought Smoky home from a rescue group. She did not let her parents down with her promise to take care of her new dog. In fact, she trained him so well that Smoky became an AKC Agility champion this year with the formal name: PACH Smoky Kramer MXP3 MXPB MJP4 MJPB PAX.

Smoky was rescued off the streets of Georgia and brought to a rescue in Illinois, where Courtney first saw him and fell in love with him.

“Only one thing stood in my way…my parents. Being a seventh grader, I had to beg them for days to allow me to bring him home. Fortunately, my begging paid off, and Smoky became a permeant family member. Little did I know this dog would change my life,” said Courtney, a resident of Naperville, IL.

Courtney and Smoky have traveled around the country competing in agility and earned the PACH on July 2, 2016, at the Great Lakes Belgian Tervuren Club trial.

“Smoky earning his PACH this summer was the cherry on top as I am now a freshman in college in Florida (19 hours away from home), and I miss him. I am counting down the days until December when I get to see him again!”

Smoky is a member of the AKC Canine Partners program for all dogs, including mixed-breeds and rescues.